redskins could learn from eagles 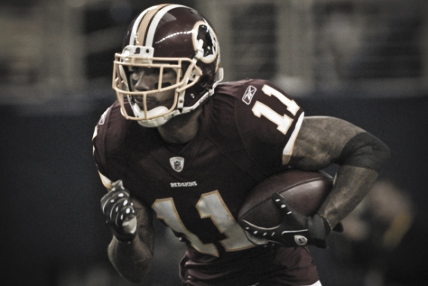 When the Washington Redskins take on the Philadelphia Eagles this weekend, they’d be wise to pay attention and take notes.

Not only are they 6-4 compared to Washington’s 3-7 record, but the Eagles have also accomplished something that the ‘Skins are seemingly incapable of grasping – infusing youth into their lineup.

We fully realize that it’s blasphemous to suggest the Redskins should try to be more like a division rival, but the simple fact is the Eagles have figured out how to completely revamp their receiving corps on the fly, while the Redskins still have no what the future holds for their young pass catchers.

Sobering fact: the best of the Redskins youngsters, tight end Fred Davis, ranks fourth on the team in catches. Not bad, until you realize he only had seven catches in the first six games before an injury to Pro Bowler Chris Cooley forced the team to work Davis into the mix. Rounding out the pack, Devin Thomas ranks sixth on the team in receptions, Malcolm Kelly is eighth and Marko Mitchell ranks 11th.

Because we’ve always loved digging into the numbers, we decided to take an in-depth look at how the Redskins and Eagles have utilized their young receivers during first 10 games. Here’s what we learned:

Mitchell has been on the field for 32 out of the team’s 634 total offensive plays (5 percent). Mitchell has been targeted twice and has two catches (100 percent catch rate) for 22 yards. He averages 11 yards per catch and his longest reception was for 11 yards.

If you add up the numbers for all four players, they’ve been targeted 80 times and have 47 catches for 517 yards and two touchdowns. Sadly, two Philadelphia players – Jackson and Celek – have better individual production than all four Redskins receivers combined.

Jackson has been on the field for 435 out of the team’s 579 total offensive plays (75.1 percent). For the season, Jackson has 42 catches for 728 yards and five touchdowns.

Celek has been on the field for 504 out of the team’s 579 total offensive plays (87 percent). For the season, Celek has 50 catches for 568 yards and five touchdowns.

Here’s our issue: the most active member of the Redskins’ Future Four (Thomas) has been on the field for half of the team’s offensive snaps. Conversely, all four Eagles youngsters have participated in more than 61 percent of Philly’s offensive snaps. This might come as a shock, but you can’t make plays if you’re not on the field.

We’ve said it before and we’ll continue to say it again and again until someone at Redskins Park gets the hint – the season is over. The Redskins will not be making the playoffs in 2009. Screw playing for pride. Put in every young player you’ve got on the roster and see what they’ve got.

You’re not winning with Santana Moss and Antwaan Randle El as the focal point of the passing game, so try something different. Start Thomas and Kelly. Ensure that each player is targeted no less than five or six times every game. Continue to increase Davis’ role. Remember that Mitchell is still a member of the Washington Redskins.

What’s the worst that happens; you continue to lose? That’s been happening since Jim Zorn arrived in town. There will be major changes during this offseason. The coach is gone. The starting quarterback is too. Who knows what other names will be shown the door. With all that going on, wouldn’t it be nice to know if, moving forward, the team can count on Thomas, Kelly, Davis and/or Mitchell?