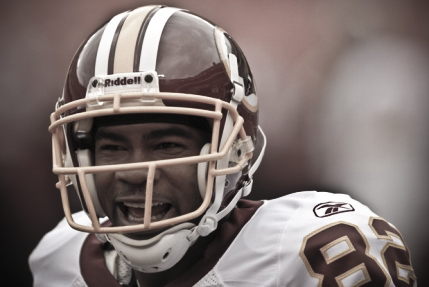 After the bye week, the Washington Redskins are now back to work and preparing to take on the Atlanta Falcons. During the break, many players had the chance to take some time off and heal up while the coaching staff was charged with figuring out ways to rectify a 2-5 season. We thought it would be wise to take a cold, hard look at the situation from top to bottom out at Redskins Park and offer our take on the current state of the franchise.

Without further delay, here’s how we see things at the midpoint of the 2009 season:

The front office is delusional.

Vinny Cerrato, the team’s executive vice president of football operations, truly believes when Jim Zorn was named the head coach, he was given a roster fully capable of reaching the postseason. After all, they did so in 2007, when Joe Gibbs led the team to the playoffs. So, as far as Cerrato is concerned, Zorn had all the tools necessary to guide this team back to the postseason.

First, let’s address Cerrato’s line of thinking. Yes, the Redskins did make the playoffs in 2007. But that was clearly due to special circumstances.

Just in case he forgot, we’ll remind Cerrato that the 2007 Redskins were 5-7 and showing little sign of competent football before the team rallied together in honor of Sean Taylor’s death to steal four-straight victories and back into the postseason.

And let’s not forget that it took everything that team had – both physically and emotionally – just to qualify for the playoffs, which is why the team had nothing left in the tank once they got to Seattle for the opening round of the playoffs. So yes, that team did make the playoffs. But you and I both know that the 2007 Redskins had zero chance of actually winning the Super Bowl.

What Cerrato seemingly fails to grasp is there’s a difference between a playoff team and a team that can make the playoffs. The Colts, Steelers and Patriots are playoff teams. Meanwhile, teams like the Bengals, Cardinals and Redskins need to have everything fall into place, in terms of remaining healthy and lucky, just to play football in January.

Here’s the other issue: in 2007, when this team made the playoffs, they did so with a run-first, smash-mouth offense. They gave the ball to running back Clinton Portis 30 times a game and dared opponents to stop them. Now, even though the personnel remains largely unchanged, the team uses a finesse-oriented West Coast offense.

So basically you have a running back and offensive line that were tailor-made for running the ball and a quarterback who thrives out of the shotgun all being asked to run an offense that, from the outside, seemingly plays to none of their strengths. And that’s before we point out that the Redskins came into the 2009 season with the oldest offensive line in football.

This is the point where we’d happily give Cerrato a chance to clarify his stance and explain exactly what he sees that constitutes a playoff team.

The defensive coaches are clearly bipolar.

We’ve heard it all before: “We feel [Player A] and [Player B] are interchangeable.” Or: “[Player A] was struggling a little bit, so we put [Player B] into the game to see if he could make some plays for us.” Or the old Gregg Williams line: “We feel like we have 25 starters on defense.”

And to all of that, we call shenanigans.

We’ve noticed a troubling trend this season – the coaches, specifically on the defensive side, continue to swap players out with reckless abandon. Take, for example, safeties Chris “The Predator” Horton and Reed Doughty.

With a major thank you to our buddy Ryan O’Halloran of the Washington Times, here are how many defensive plays each has been on the field for during the first seven games:

So to recap: Horton played just 21 snaps against Tampa Bay. A week later in Carolina, he was on the field for 58 plays. Against Kansas City, he logged just one snap. And then against Philadelphia, he was back in action for 49 plays. How can any reasonable human being expect a player to get into any sort of rhythm if his playing time is so sporadic?

Now, before anyone asks the question, let us assure you, both Horton and Doughty have remained healthy this season. These numbers are purely a product of the coaches. Instead of naming one guy the starter and letting both players mentally prepare for clearly defined roles, these two players essentially show up on game day without a clue as to who will play and who will sit.

While both players have done the best they can in this unenviable position, they would both benefit from the coaching staff either a.) being put on medication or b.) naming a starter.

Danny Smith is either stubborn or oblivious.

Antwaan Randle El is currently tied for 31st in the league in punt return yards and 25th in yards per return. While 10 players average at least nine yards per return, Randle El is good for just 5.2. And here’s the most sobering stat out there – no player has more fair catches since the beginning of the 2008 season than Randle El’s 32.

At this point do we even need to mention Randle El’s untimely turnover against Philly? The Redskins had just scored a touchdown to cut the Eagles’ lead to 17-7 early in the second quarter. Philadelphia gets the ball and goes three-and-out. The Redskins have momentum for the first time in the game and Randle El lets the football bounce off of his facemask. The Eagles get the ball and never look back.

Football 101 says if you get two hands on the ball, you’ve got to make the catch. But what do they say when the football is so close, it hits you in the face?

Here’s what Randle El did in the return game against Philly: fair catch, fair catch, muffed punt, fair catch and an 11-yard return.

It should be pointed out that the last punt came when Randle El fielded a punt on the 5-yard line, so he basically had no choice but to return it or risk the Redskins offense being in a position to give up a safety for the third-straight game. This is what the Redskins’ special-teams unit has become.

The time is now for young receivers.

The Redskins offense is in shambles. Tight end Chris Cooley, the one consistent playmaker, is out for at least a month with a broken ankle. Receiver Santana Moss and running back Clinton Portis go games without having any impact. Quarterback Jason Campbell looks like a battered spouse as his eyes dart around looking for someone – anyone – to get the ball to behind the team’s horrid offensive line. Jim Zorn, the offensive coordinator-turned-head coach has been stripped of playing calling duties, meaning we’re not even sure if his headset is on anymore during games. But other than that, everything is fine for the Redskins offense.

At 2-5 with the hardest part of the schedule yet to come, the Redskins need to fully grasp what the rest of the NFL already knows – the season is over. Instead of trying to slap a band-aid on the myriad problems surrounding the offense, everyone involved needs to admit that 2009 is a lost cause.

Once that happens, the only smart move is to give the youngsters a baptism by fire. Second year players like receiver Devin Thomas, receiver Malcolm Kelly and tight end Fred Davis should play extensively down the stretch. Ditto for rookie wide out Marko Mitchell. If that means deactivating Randle El or someone else to free up enough roster spots, then so be it.

You’ll never know what you’ve got with these four players unless you throw them out there and allow them to either sink or swim. Since the offensive line is incapable of blocking for any length of time, why not use four receiver sets in an effort to spread the opposing defense out?

Campbell or Todd Collins can rely on a three-step drop and unload the ball to whoever is open and everyone involved just prays defenders can’t get to the quarterback in time to disrupt the most basic of gameplans. We all know this offense has no big-play capabilities, so why not embrace what you have and make the most out of the situation? What’s the worst that can happen – your offense struggles to score points? Hmmm … we wonder what that’s like.

Well, that’s where we see things at the midpoint. Sorry to be a buzzkill, but what can we say – things are bleak these days. This is the point of the conversation when you, the loyal reader, are welcome to share your take. Make us proud.