note: tiger is back 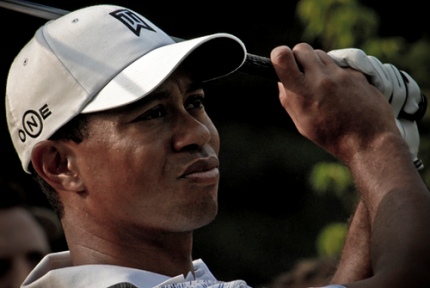 Unless the Orlando Magic can return to the formula that has worked thus far, the Los Angeles Lakers will be capturing yet another NBA championship. And when they do, magically Kobe Bryant will be looked at as a wonderful teammate/person/competitor/etc. because he finally earned a ring without Shaquille O’Neal on the roster. Yawn.

The Detroit Red Wings are set to win their second straight Stanley Cup championship this Friday night, besting the Pittsburgh Penguins for a second-consecutive season. They’ve been the better team all season long and throughout this series, but the league needed the Finals to go seven games in hopes of capitalizing on a wonderfully exciting season. Whatever.

I’d mention baseball, but honestly it’s the New York Yankees and the Boston Red Sox again. Been there. Done that. Unless the Washington Nationals can set the record for most losses in a single season, there’s not much worth watching this year.

But that doesn’t mean all hope is lost in the world of professional sports. No, not by a long shot. In just over a week all the major names will return to the scene of one of the most exciting events of 2008. That’s right, Tiger Woods and friends are set to return to the U.S. Open and you’d be a fool to miss out on the action.

For those who need a refresher, last year’s U.S. Open was straight out of a movie. For starters, Woods was grouped with Phil Mickelson and Adam Scott meaning the top three golfers in the world were all basically facing off head-to-head. And although the biggest names in the sport were the focus coming into the Open, it was Rocco Mediate who came from nowhere to challenge Tiger. While Mickelson and Scott faded, Mediate continued to turn up the heat on Woods, who was clearly not 100 percent.

Trailing by one stroke on the final hole, Woods drained a 12-foot putt for birdie to force an 18-hole playoff with Rocco. A one-legged Tiger went on to win the U.S. Open, his 14th major championship of his career, but that would be his final act of 2008. Two days later he had surgery on his left knee and that was that for Woods.

Eight long months later Tiger returned to action and since that time we’ve seen a new side of Woods. It used to be that Woods was simply better than everyone else and when he’s on there’s no use for anyone else to show up. But if Tiger wasn’t playing his best golf … well … that’s when the rest of the field had a chance to take home a trophy. Well, since his return, Tiger has two wins – the Arnold Palmer Invitational and the Memorial Tournament. In both instances Woods headed into the final day of the tournament trailing and yet battled back to claim victory.

At the Arnold Palmer (which is also a delicious beverage, by the way), Woods trailed Sean O’Hair by five strokes heading into the final day. Tiger shot a final round 67 and made a 16-foot birdie putt on the final hole to defeat O’Hair by one stroke.

At the Memorial, Woods found himself in a similar situation, trailing by four shots after three rounds. This time he shot a 65 in the final round, including two consecutive birdies to end the tournament as he continues to rewrite the story on Tiger Woods.