note: that’s how you do it 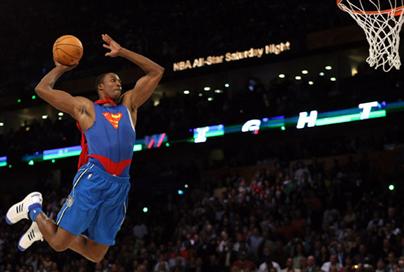 While there is much to like about the summer (long days, better weather and the prospect of exotic vacations) there is one obvious drawback to this time of year – there’s never anything worth watching on TV.

Because the networks conspire to force folks outside to be productive or some such nonsense (those bastards), we’re stuck with reruns and reality crap that I wouldn’t force my enemies to suffer through.

The reason I bring this up in a sports column is because this is where things currently stand for the NHL playoffs. After a wonderfully exciting season and an even better Stanley Cup playoffs, we’re now left with the one finals matchup no one wants – the Detroit Red Rings versus the Pittsburgh Penguins.

Nothing against these two obviously talented teams, but this wasn’t exactly the greatest series in the history of hockey when these same two teams faced off a year ago. Let’s be honest here – no one outside of those two cities is jazzed at the prospect of a repeat, and yet, that’s where we are. The only story line even remotely different from last year to now is Red Wings forward Marian Hossa, who left Pittsburgh during this past offseason to get paid in Detroit.

But really, is that enough to get casual sports fans to tune in? Uh … no. And really, it’s probably not enough to even get hockey fans (outside of Detroit and Pittsburgh) to watch more than the highlights, which is too bad. Like I said, this season has been a renaissance campaign for the NHL. It’s too bad this is how things played out.

Conversely, the NBA is firing on all cylinders these days. After a so-so season in which everyone assumed it was a forgone conclusion that the L.A. Lakers and Cleveland Cavaliers were a lock for the finals, things haven’t gone exactly according to plan.

When they’re not battling the WWE, the Denver Nuggets are actually fairing better than to be expected against Kobe Bryant and friends. Ever since Chauncey Billups came to town, the Nuggets have turned into a bona fide team. No longer are Carmelo Anthony and Allen Iverson seeing who can jack up 30 shots a game first. Instead, everyone now has a defined role and (for the most part), they’re able to remember that working together is much easier than five individuals all looking out for themselves.