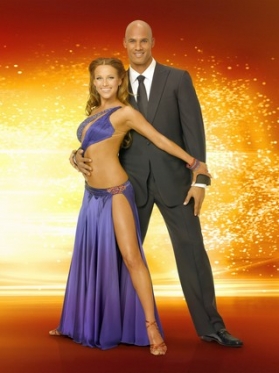 Any D.C. sports fan knows exactly where I’m coming from, but for the benefit of the rest of the class, here’s a recap of the series of nut shots that’s given us more than enough reason to put a bag of frozen vegetables on our collective beanbag as we attempt to recover from a painful Wednesday.

For starters, the one team that consistently wins in this town, the Washington Capitals, was not able to get the job done with their season on the line. And while losing is almost inevitable in team sports, doing so to your most hated rival on a national stage makes it a whole lot tougher to deal with.

“They were more composed with the puck, and the other thing they did and the reason they won the game is because they outworked us,” said forward Brooks Laich after the Caps’ 6-2 loss to the Pittsburgh Penguins. “It’s not easy to stand in front of you guys and say that we’ve been outworked in our building in a game seven. I’m sure that’s something we’re going to have to think about for a long time.”

Sadly, there is no truth to the rumor that due to a scheduling conflict involving a Yanni concert, the Capitals’ offense was thrown off a day and is actually arriving in town tonight for a pivotal game seven. I guess we’ll have to wait five months to see how the Capitals respond to this bit of adversity.

And right around the same time that the Caps were imploding, the one reason to care about the Nationals was suffering a similar fate. You see, the Nats were kind enough to start the season 1-10, letting the rest of the country know “there’s nothing to see here” and to move along for another season or two until the Nationals get some pitching and additional depth.

Well, the one reason folks outside of the beltway actually acknowledge this current team is Ryan Zimmerman, the third baseman who saw his 30-game hitting streak come to an end last night just as folks were beginning to take notice.

Sure, the Nats at 11-21 are still the worst team in baseball. But Zimmerman matched George Brett’s 30-game streak in 1980 for the longest by a third baseman since Pete Rose’s 44-game streak in 1978.

“He put us on the map a little bit with what he did,” said Nationals manager Manny Acta, who has apparently mastered the art of the understatement.

And the icing on the cake comes courtesy of the Redskins, who, thankfully, did not have a game yesterday and therefore did not find a way to fall apart in the fourth quarter against the Cincinnati Bengals, San Francisco 49ers or an equally inferior opponent.