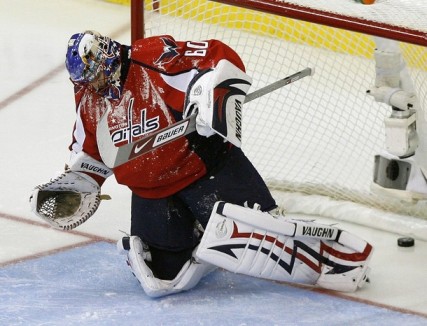 In the immortal words of Gwen Stefani – don’t speak.

We know you’re disappointed. We know you’re angry. We know you’d rather see the Washington Capitals lose to anyone other than those damned Pittsburgh Penguins. But do everyone a favor and zip it. No one is happy with how game seven played out, but it does absolutely no good whatsoever to have a hissy fit and/or walk around town and run your mouth about the only salvageable franchise D.C. has.

We’re coming off of one of the most exciting playoff series in more than a decade and although it ended in a less-than-desirable fashion, there’s still a lot to like about the future of hockey in our nation’s capital. So do everyone a favor and give it 24 hours.

Cool down and then, once rational thought has returned to the option menu, we can all take a look at what went wrong and where we all go from here. No matter how much your brain might be telling you otherwise tonight, one game does not ruin an otherwise memorable season.