look back to look forward 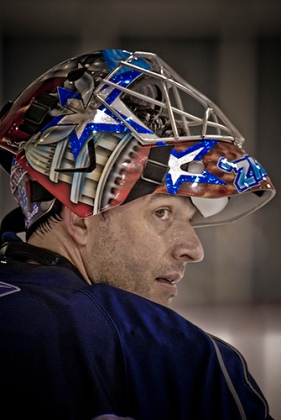 Thanks to their 5-3 win over the New York Islanders Wednesday night the Washington Capitals reached a special milestone – reaching 100 points for just the fifth time in franchise history. We decided to look back at the previous four times, as well as one other memorable season, to see how the Caps fared as a possible gauge for how the upcoming postseason might play out.

Led by legendary defenseman Rod Langway, the Capitals reached the 100-point mark for the first time in team history. In the first round of the playoffs the Caps breezed by the Philadelphia Flyers, sweeping them in three straight games. The promising season came to an end though in the next round when the New York Islanders reeled off four-straight games to win the second round matchup four games to one.

The good news? Mike Gartner and Bobby Carpenter each scored 50 goals and the Caps reached the 100-point plateau for the second-consecutive season. The bad news? The Islanders eliminated the Caps yet again, this time in the first round.

Led by an amazing nine players who registered 50 points or more, the Capitals earned the most points in franchise history and reached 50 wins for the first time. That secured them the right to face the New York Islanders in the playoffs for the fourth-straight season. After sweeping the Islanders, the Caps were eliminated by New York’s other team, the Rangers, in six games.

The Capitals, led by goalie Olaf Kolzig, bounced back from a disappointing season to earn the second-most points in franchise history. Kolzig was outstanding all season long, going 41-20-11 with a 2.24 goals against average, a .917 save percentage and five shutouts and earned the Vezina Trophy as the league’s top goaltender. Unfortunately, a promising season came crashing down when the Caps were foiled once against by the Pittsburgh Penguins four games to one in the first round of the playoffs.

And lets not forget …

Talk about new beginnings. The Capitals started the season with new coach Ron Wilson and moved from the outdated Caps Centre in Landover, Maryland to the new state-of-the-art MCI Center downtown. Backed by goalie Olaf Kolzig, the Capitals finished in third place in the conference and outlasted Boston, Ottawa and Buffalo to head where no D.C. hockey team had gone before. Unfortunately, the Caps were swept in their one and only trip to the Stanley Cup Finals, losing four games to none to the Detroit Red Wings. Even so, this season holds a special place in the hearts of Caps fans.

Twice the Caps were bounced in round one. The other two times their season ended in the second round. Not too promising. But then again, those teams never had a player like Alex Ovechkin. If the Capitals get solid play from their goaltenders, the defense plays smart in their own end and the offensive players understand that the only way to win in the postseason is to get down and dirty (i.e. – crash the damned net) … well, things could play out differently this year.

If nothing else, it sure is nice to have a local team even be in the discussion.