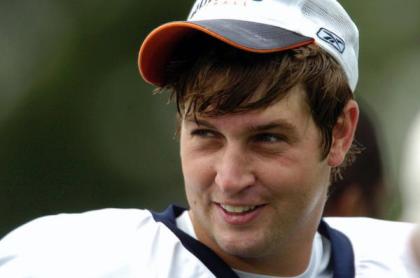 The National Football League is probably the most cyclical of the professional sports leagues.

For years everyone felt that teams needed a proven entity as their head coach. Even if the guy wasn’t any good, teams just felt comfortable going with retreads. If Wade Phillips was good enough to get fired from two other teams, then dammit, he’s good enough to fail me too!

More recently though, the tides have changed and teams have changed their philosophy. Owners got “smarter” and decided, “Why overpay for Marty Schottenheimer when I can pay a third of his salary to some no-name thirty-something who will be so happy to have a job he’ll do whatever I tell him?” Next thing you know, young guys are en vogue and players suddenly find themselves in the same age group as their new bosses.

While hands-on owners love having a young guy as their puppet … er … coach, there’s a definite drawback – in many cases, these first-time head coaches have no clue how to run a team and are instantly in over their head.

Take for example the current situation in Denver. Now that Mike Shanahan (also known as the dirty cheater who blatantly circumvented the salary cap with under-the-table deals that directly led to the Broncos’ two Super Bowls) is collecting unemployment, owner Pat Bowlen opted for a youth movement and brought in Brian Xanders as the new general manager and Josh McDaniels as his new head coach.

Xanders previously worked in Atlanta as the Falcons’ chief contract negotiator and salary-cap manager and McDaniels, at 32, was the offensive coordinator for New England. By all accounts, both were very good at their respective jobs, but the truth is, there’s a lot more to running a professional franchise than balancing the salary cap and drawing up plays for Tom Brady and Randy Moss.

And while both were very solid in their respective roles, apparently neither had any experience with tact. If so, there’s little reason to believe that the Broncos would be in their current predicament in which franchise quarterback Jay Cutler has all but demanded being traded out of Denver.

By now everyone knows that Denver screwed the pooch by making a run at former Patriots quarterback Matt Cassel in the days leading up to free agency. While Cutler is an above average quarterback, McDaniels apparently felt more comfortable with the idea of Cassel, with whom he worked with in New England, running the show.

There’s nothing wrong with a first-year coach wanting to surround himself with some sort of familiarity, but here’s the key – look into bringing in whoever you feel is the best fit for your team, but ensure you don’t alienate what you’ve already got in the process. Cutler should have never found out that his name was mentioned and in this case, the minute he did, you needed to show up at his house and soothe things over face-to-face.

Now, because both the head coach and general manager are young and inexperienced, you’ve got a full-blown clusterfuck.