note: boys will be boys 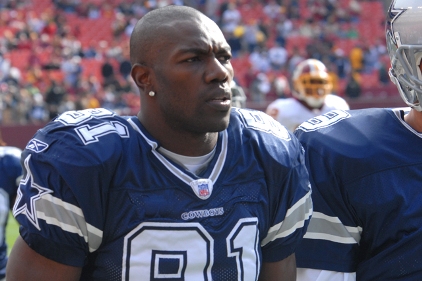 I have officially seen it all.

After years of going out of his way to thumb his nose at conventional wisdom, Dallas Cowboys owner Jerry Jones actually turned out to be the NFL’s voice of reason when he cut the cord on controversial wide receiver Terrell Owens last week.

The man who built a career out of ignoring his players’ off-the-field issues, Jones finally grew tired of Owens’ antics and opted to take his team in a different direction. Words like “chemistry” and “team players” were often overlooked at Valley Ranch, while Jones always tended to gravitate towards star players with big-name appeal. Who cares if Michael Irvin stabbed a teammate in the neck with a pair of scissors? He was a Hall of Fame player whenever he stepped onto the field and helped Jones’ Cowboys win multiple Super Bowls. That basically gave guys like Irvin a free pass to do whatever they wanted whenever they wanted.

Jeff Pearlman did a masterful job with his book Boys Will Be Boys, in which he gave a behind-the-scenes look at those 90’s Cowboys plastered with guys like Irvin (who loved his women and nose candy), Deion Sanders (who could have coined the phrase “I love me some me” long before T.O.) and Charles Haley (a certifiable lunatic who loved to be naked around dudes way too much). But as previously stated, those guys won games for Jones, so everything else was overlooked.

That’s why, when Owens ran himself out of San Francisco, Baltimore (before he even got there) and Philly, you just knew Owens was headed to Dallas. Jones’ ego was such that he just knew he could be the one to break through to the diva receiver. And even when Owens was splitting the locker room in half, forcing players to choose sides in a war between him and Jason Witten, no one truly believed Jones would ever cut the cord on Owens.

But he did, and Owens is now a Buffalo Bill. To put this in proper perspective, Jones finally admitting he’s wrong and cutting ties with Owens would be roughly equivalent to Michael Richards, of Seinfield fame, being honored with a NAACP life-time achievement award. I just never thought I’d see it in my lifetime.

But here’s the thing – it really was the best move for the Cowboys. Anyone who looks at their roster should easily see that their biggest strength is depth at running back. With Marion Barber, Felix Jones and Tashard Choice, the Cowboys are as stacked in the backfield as any team in the NFL. They don’t need to throw the ball 40 times a game with that kind of talent. They need to let that talented trio do the heavy lifting and limit the amount of times Tony Romo can kill the offense with boneheaded decisions. Roy Williams won’t replicate the production that Owens produced over the last three seasons in Dallas, but he won’t need to.

Meanwhile, the formerly irrelevant Bills now suddenly become buzz worthy. A team that hasn’t qualified for the playoffs in a decade and that went 0-6 in their own division a year ago suddenly becomes intriguing. Think about it this way – over the last 15 years or so, the four biggest names out of Buffalo are Jim Kelly, Thurman Thomas, Scott Norwood (wide right!) and O.J. Simpson. Who knew that consistently losing Super Bowls would be their brightest days?