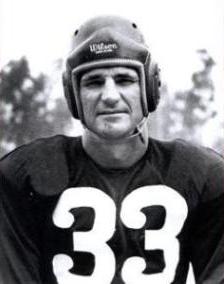 Things are hectic at Homer McFanboy headquarters today, but we wanted to ensure that we helped our readers find a way to make it through their work day (without, you know, actually working). As you know by now, Washington Redskins legendary quarterback Sammy Baugh passed away last night at the age of 94.

The Washington Post has a classy obituary recounting the Baugh-era Redskins. Tom Boswell writes that the Redskins are the biggest ticket in town because of Sammy Baugh. The Redskins Blog has some old-school videos up, as well as a statement from owner Daniel Snyder.Rich Tandler has a piece on what was likely Baugh’s best game – in which he threw four touchdowns and also had four interceptions.

Some folks have also discovered a well-written history lesson done back in 2005 by John Jeffries, a good friend of this blog. Also, Baugh’s career statistics can be found here. And just like Jason “Hollywood Fabulous” Fabini, Baugh has his very own IMDB page.

Just know that out of the five football championship D.C. has been lucky enough to win, Baugh was responsible for two of them.