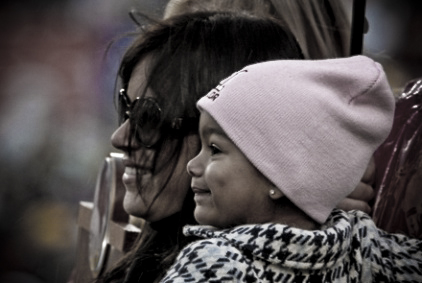 Prior to kickoff of the Washington Redskins game against the New York Giants yesterday, former safety Sean Taylor was inducted as the 43rd member in the Redskins’ Ring of Fame.

The ceremony featured a video tribute and messages from former teammates, as well as comments from Taylor’s family and the presentation of commemorative plaques to his family members. Sean’s father, Pedro Taylor, and mother, Donna Junor, were there, as well as countless other family members. But the lasting impression from yesterday’s ceremony was seeing the face of Taylor’s two-year-old daughter Jackie light up while in the arms of her mother, Jackie Garcia, as she recognized her father during the video tribute.