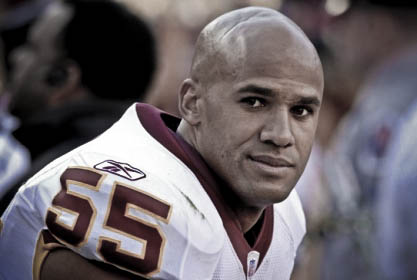 As soon as the presidential election was over and Barack Obama’s job titled was officially updated to “president-elect,” there was a sense of imminent change on the horizon. It’s almost as if the entire world decided that things would magically change over night and all the country’s problems would be solved, even though the man won’t even take office until Jan. 20.

While it’s true that we needed change and better days could very well be ahead, that doesn’t mean we’re not going to have to deal with some of the lingering issues and challenges such as the economy, the job market and the war in Iraq before we get there. So what does this have to do with sports? I’m glad you asked.

If your hours are being cut down at work, then you’re going to have less expendable income for frivolous purchases such as tickets to sporting events. Spending money on Mets tickets over paying your mortgage simply isn’t an option.

Even in the sports world, where average players are still multi-millionaires, times are tough. Sure, folks are happy when their favorite team lands a top-tier free agent, but someone’s still got to pay that annual salary. And if a team is shelling out hundreds of millions of dollars for a perennial loser … well, then things get dicey if the fans stop showing up. There might be a paragraph at the bottom of a daily story reporting that a dozen staff members from the ticket office were let go due to cost cutting or maybe the team lowers the prices for nose-bleed seats in hopes of making family night at the ballpark a viable option again. The bottom line is the world of sports is affected just like everyone, which makes the story coming out of New Jersey all the more interesting.

The Nets announced this week that they are providing 1,500 free tickets over the next two months to unemployed fans who submit resumes to the team. Once they receive the resumes, the NBA team plans to send them to its 120 corporate sponsors and a couple hundred firms that own season tickets. Some teams give out rally towels or bobbleheads, but the Nets are simply giving fans hope.

“Our belief right now is let’s invest in people who might invest in us later,” said Brett Yormark, the team’s chief executive. “In doing so, we can help people who need it most.”

Even the players are on board with the innovative program.

“I think it’s great,” said Nets forward Jarvis Hayes, who will make $1.9 million this season. “Everybody knows the economy is struggling right now and if people can turn in their resumes to our sponsors and get jobs, I think it is wonderful. Hopefully, when the economy turns around we’ll have more fans.”

That got me thinking. What if other teams got in on the act? Who needs a set of thundersticks (the answer: morons) when a team could actually give something useful? And if the team adds a personal touch and uses their resources to come up with something special, even better.

Take the New York Yankees. Everyone knows by now about third baseman Alex Rodriguez and singer/slut Madonna hooking up this past season. Well, why can’t the Bronx Bombers use this to their advantage and offer season ticket holders marriage counseling? The sheer thought that a fan might be seated next to A-Rod or even Guy Ritchie during one of the sessions would be enough to add 20,000 names to your season ticket list for the new ballpark.

You’ve heard of “shirt off your back night?” Well, what if the San Francisco 49ers offered “pants off our coach night?” Mike Singletary has trouble keeping his clothes on during his halftime speeches, so why shouldn’t the team find a way to turn a negative into a positive?

Or the Buffalo Bills and Oakland Raiders could team up to offer “bring your grandpa to work day.” Watching senile owners Ralph Wilson and Al Davis wander around the sidelines aimlessly in their robes is the pure definition of “must-see TV.”

Or USC could formally extend the program that pays college kids to be a Trojan. Instead of just limiting the under-the-table deals to the Reggie Bushs of the world, let’s open it up to the entire student body. Tell me that wouldn’t pack the house. Prospective students would be lining up for days for a chance to be the next Trojan Man.

Tell me that if the Cincinnati Bengals offered “babysit a player night” that the fine folks of Ohio wouldn’t jump at the chance to take an offensive lineman to visit his parole officer. And while we’re at it, the Cleveland Browns could offer to spay and neuter pets, since the Dawg Pound hasn’t had a potent attack in decades.

Earlier this season, the Dallas Cowboys gave 15,000 lucky fans a mini football. Unfortunately, this upset wide receiver Terrell Owens because he didn’t get enough footballs, so they scrapped the idea. Next time, the team could offer a session with a financial advisor instead. That way, fans can learn to live on a budget and maybe – just maybe – Jerry Jones can learn to be fiscally responsible and not spend $150 million on a mediocre ballclub.

And finally, the Washington Redskins began offering an innovative idea – giving away stock to Six Flags at home games (which helps keep the Steelers fans away from FedEx Field). While that’s great, the big announcement this week is the amusement park’s new attraction. Starting this weekend, Daniel Snyder’s company now offers “Dancing with a Star,” where regular fans can spend a song with defensive end Jason Taylor. Okay, so that’s not true. But they should strongly consider it, if for no other reason than to finally get some form of production from the injured diva before the football season ends.