hall to the redskins 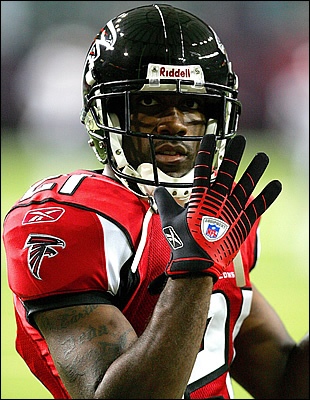 When was the last time a team picked up a 24-year-old Pro Bowl player basically for free? Honestly, if it’s happened before we certainly don’t remember. But that’s what’s happened now that the Washington Redskins have signed free agent cornerback DeAngelo Hall for the remainder of the 2008 season.

Hall, a two-time Pro Bowler, was available because the Oakland Raiders (really, need we say more?) decided to move in a different direction – this after trading multiple draft picks to acquire him and signing the former Virginia Tech Hokie to a seven-year, $70-million deal this past offseason. Hall’s time in Oakland basically comes down to eight games for eight million dollars, which is why he was probably willing to accept a prorated $1 million deal with the Redskins for the second half of the season.

Let’s address the elephant in the room first. Hall is overrated. He is. We promise. He’s good, but he’s not the second coming of Deion Sanders or Champ Bailey. According to Matt Mosley, who covers the NFC East for ESPN.com:

“Hall has given up more yardage this season than any cornerback in the league. And regarding his reputation, he did get along with Jim Mora in Atlanta. The problem was that he got along with him too well. The other players resented the coach’s friendship with Hall, and that signified the beginning of the end for Mora.”

Others have said that Hall was uncoachable on the field and a pain in the ass off it in Oakland. So why would the Redskins risk ruining their fourth-ranked defense by bring in a talented, but troubled player? Because the positives outweigh the negatives.

Depth is an area of concern for the ‘Skins secondary. Cornerback Shawn Springs is simply unable to stay on the field for any length of time at this point in his career. Cornerback Fred Smoot manages to play, but he’s often banged up as well and Carlos Rogers is back from a major knee injury one year ago. Adding Hall to the mix takes pressure off of everyone involved – especially if he comes in with something to prove, since he’ll be a free agent after this season.

At safety, the ‘Skins have LaRon Landry and Chris Horton … and that’s it. If (and that’s a big if) Springs can actually get back on the field, then we could see him used as a safety more often. If the team was willing to put together packages to get Landry, Horton and Reed Doughty on the field at the same time, then they certainly would jump at the chance to utilize Springs in a similar fashion.

But here’s the biggest reason ‘Skins fans should like this move – it shows the Redskins front office is getting smarter. Just a season or two ago, management would have jumped at the chance to acquire a Pro Bowl player like Hall in his prime. If multiple draft picks were used to acquire wide receiver/malcontent Brandon Lloyd or rental running back T.J. Duckett, it’s scary to think how many picks Hall would have been worth in their eyes.

And once here, without ever having played a down in D.C., Hall would have a signed (at a minimum) the same five-year, $25-million contract that was standard with players like Lloyd and safety/bust Adam Archuleta. This time around, management locked him in for roughly half a million bucks. And the best part is, if internet reports are true, ownership spoke with defensive captains London Fletcher and Cornelius Griffin prior to making the move. This is a veteran team with great locker room leadership. Players talk to friends throughout the league, so checking in with those guys to ensure Hall won’t be a disruption or that the risk is outweighed by the potential reward shows a maturity – a willingness to admit management might not have all the answers – that some would say we’ve never seen before.

This isn’t fantasy football anymore. This is (hopefully) another sign that the Redskins front office is learning from past mistakes and looking at both the short-term and long-term ramifications of their decisions. For the first time in recent history, a free agent didn’t choose the Redskins over teams like New England, Pittsburgh and New Orleans simply because the Redskins outbid everyone else (truth is the Chesapeake, Virginia native is happy to come back home). They made a fiscally responsible decision to bring Hall in for eight games and see if he fits. If not, no biggie. They still have their draft picks and don’t do anymore damage to their salary cap situation. That’s what we in the business like to call a win-win.