are they ready for some football? 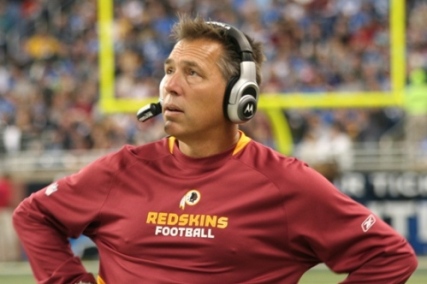 We play hockey with a guy we’ll call Price. He’s an all-around good dude except for one thing – he loves to tell everyone how great he is. We might lose a game 7-1, but if he scored our lone goal, he’ll be sure to let everyone know about it after the game. While we still like the guy, we’ve always preferred to fly under the radar (especially when it comes to our favorite sports teams).

The Washington Redskins, in recent history, are a team that is at their best when flying under the radar. As soon as the nation media jumps on the bandwagon this team inevitably stumbles. This season it was the loss to the winless St. Louis Rams. Last season, they fell apart against the winless New York Giants. The year before, they gave Vince Young his first win after starting his Tennessee Titans’ career 0-5. And we won’t even mention the loss to the pitiful Oakland Raiders in 2005. You get the point.

When the schedule first came out, this week’s matchup with the Pittsburgh Steelers was what stood out most. Since 2000, the ‘Skins haven’t put their best foot forward on Monday Night Football – going a pedestrian 3-7. And while the 2005 game ended in dramatic fashion with two highlight-worthy touchdowns by wide receiver Santana Moss, the first 58 minutes of that game in Dallas was awful. Meanwhile, the Steelers are 5-2 on Monday Night Football since 2004. They typically show up when Hank Williams Jr. sings them into town. The ‘Skins, well … not so much.

So if you’re a Redskins and/or John McCain fan, then you’ll undoubtedly be sweating it out tonight, hoping to see the maroon and black pull out a victory before heading into the bye week. Here’s the breakdown of their last 10 Monday Night Football games: