note: no we can’t 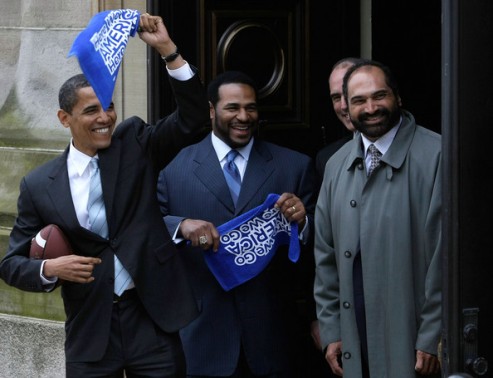 I know we’re less than a week away from officially replacing George W. Bush, and that news alone is enough to give folks reason to smile during these not-so-rosy days, but there’s something I feel obligated to remind people.

Your vote doesn’t count. I’m sorry to break it to you, but that’s just the way it is.

Sure, all these college kids are excited to “make a difference” for the first time in their life and are happily forwarding emails claiming that in 1824 some guy won some election by one vote. Yeah, that’s all nonsense. Your vote means as much as one diet pill being shoved down the gullet of our overly obese society.

“Um … why doesn’t our vote matter?” asked the pimply-faced college kid going door to door in my neighborhood last week.

“Because the results will already be determined by the time Tuesday morning rolls around,” I tried to explain to the obviously confused poor soul who could do nothing but give me a blank stare for my troubles.

The Washington Redskins have determined who will win every presidential election since 1936. Well, except four years ago, but we’ll get to that in a moment. Not counting 2004, the Redskins have correctly predicted who would win 15 straight presidential elections. If the ‘Skins win their last home game before the election, then the incumbent party remains in office. If they lose, then the incumbent party loses. It’s really that simply.

You don’t need to go stand in line for hours just to pull some lever for some guy you really hope might reside in the White House over the next four years. No, just tune in Monday night when the Pittsburgh Steelers come to town to take on the Redskins. If the Steelers win, Barack Obama wins. If the ‘Skins win, it’s John McCain-Sarah Palin time.

So I know you’re wondering – what happened four years ago? How did a tried and true formula go wrong? That’s why I’m here for you. Gather ‘round for story time.

The Washington Redskins hosted the Green Bay Packers at FedEx Field Sunday, Oct. 31, 2004. It was an evenly-matched battle between two middle-of-the-pack NFC teams. Here’s the lede from Associated Press article on the game:

Clinton Portis celebrated the apparent winning touchdown with a leap into the end zone, capping a 43-yard reception that gave the Redskins a one-point lead with 2:35 to play.

Oops. Scratch that. Flag on the play.

On the very next play, Packers cornerback Al Harris intercepted Redskins quarterback Mark Brunell and Green Bay won. But here’s the story within the story – referee Tom White and his crew had clearly had enough after four years of George W., and tried to take matters into their own hands. Even though there was no penalty on the play, in their minds they needed to take action to ensure “the Bush stopped here.”

There’s just one problem – the football gods would never sit idle while cheaters prosper. So Bush was re-elected and we’ve been treated to more war, more embarrassment and another depression. Thank you Tom White, you dickhole.

One good thing did come out of this though – the football gods officially decided it was time to take back the game once and for all, which is why, in 2006, they sent us a Terminator by the name of Roger Goodell. Since he’s settled into the role of NFL commissioner, Goodell has ruled with a much-needed iron first. Where Paul Tagliabue was content to let teams like the Dallas Cowboys and Cincinnati Bengals collect thugs, assholes and convicts, Goodell is the man willing to hold both the teams and the players accountable for stupid actions.

Throw out a couple heavy fines and suspensions around and suddenly the divas and drama queens think twice before driving drunk or slapping their girlfriends around. Look at just last week – the Steelers took it upon themselves to bench wide out Santonio Holmes because he was caught driving around town with weed out in the open. In Cleveland, the Browns took action against tight end Kellen Winslow II and benched him after making critical comments about the organization to the media. In Kansas City, the Chiefs sat running back Larry Johnson after word got out that he assaulted a woman in a nightclub.

Do you realize how long overdue this was? I mean, Michael Irvin stabbed a teammate in the neck with a pair of scissors because he wanted to get his hair cut faster. Needless to say, the Dallas Cowboys of the 90’s couldn’t have even fielded a team under Goodell. Now, owner Jerry Jones can collect parolees like “Pacman” Jones, Tank Johnson and friends, but both the team and the players have been told, in no uncertain terms, if anyone screws up, then everyone pays.

Which brings us back to the election. Everyone has paid for four brutal years. It’s time for a fresh start, one way or the other. So the football gods will once again let the Washington Redskins determine who wins the White House. Let’s just hope the mere mortals involved with the game don’t do anything else to upset them. 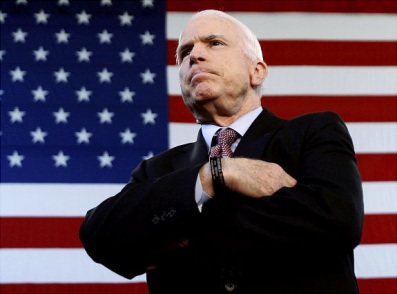