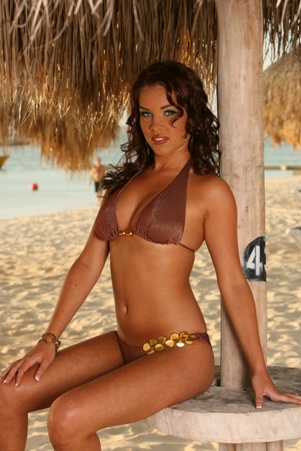 She’s 18 years old and is orginally from Baltimore, Maryland (but we won’t hold it against her). This is her first year on the team and she’s in the mood to answer some of your questions.

FedExField is the largest stadium in the NFL. What was it like for you the very first time you stepped in front of 90,000 fans? Were you nervous?

The first time I ever stepped on the field in front of 90,000 fans I was very nervous. I took every minute of it in and it was the best feeling ever. The fans are amazing. It’s a great feeling to step out there knowing you’re doing what you love.

What is the most and least rewarding part of being a cheerleader with the Washington Redskins?

Since cheerleaders don’t travel with the team, what do you do on the weeks when the team has an away game? Do you watch the Redskins game with other cheerleaders? Are you off that week?

When we don’t travel with the team, I tend to stay home and watch the games. I never miss one. I enjoy going out with the girls, and cheering on our team. 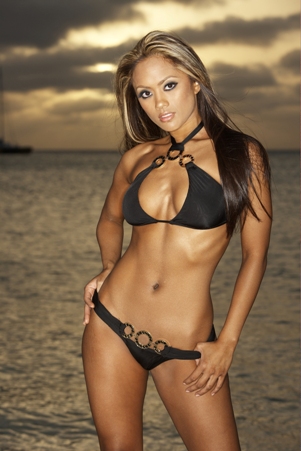 As a fourth-year cheerleader, you’ve probably noticed Anabel on the sidelines by now. If not, then you’ve probably seen her in Sports Illustrated, FHM or Maxim. Yeah, she’s big time.

Tell us one thing people would be surprised to learn about being a cheerleader for the Redskins.

One thing that people would be surprised to learn about being a cheerleader for the Redskins is that we arrive four and a half hours before kickoff on gameday. We are die-hard fans just like everyone else!