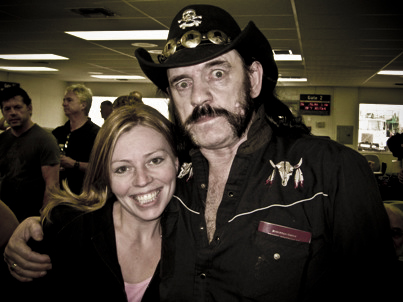 I know, I know … you’re wondering what’s up with the photo. Trust me, we’ll get there. In the meantime, here’s this week’s recap:

Coming into the game, the haters were running out of areas to nitpick. After the Redskins rolled off three consecutive wins, including a dominating performance against the Dallas Cowboys last week, the best any of them could come up with was “The Redskins haven’t had to deal with adversity yet. Let’s see how they respond with their back against the wall.”

The Eagles came out of their corner swinging and nearly knocked the ‘Skins out in the first round. Eagles running back/Redskins killer Brian Westbrook scored the game’s opening touchdown and then an Eagles punt return for a score barely a minute later put Philly up by two touchdowns just seven minutes into the game. On the road against a desperate divisional rival with the entire stadium rocking after two quick touchdowns a lesser team calls it a night. They pack up, hit the showers and try again another night. Not this team though. The Jim Zorn-led Redskins simply “stayed medium” as he likes to say. They took a deep breath and went back to work.

Most impressively, the team stuck to their gameplan. While most teams would have abandoned the running game down by two touchdowns, Zorn refused to throw in the towel. Early and often he handed the ball to running backs Clinton Portis and Ladell Betts, and was rewarded with 203 rushing yards on the day.

With the running game in full effect and a patch-work defense stifling a dangerous Eagles offense, the Redskins reeled off 23 straight points en route to their fourth-straight victory. On defense they were without several big name starters. No Jason Taylor. No Shawn Springs. No Marcus Washington. No problem. Whoever stepped in stepped up. Here’s how good the Redskins defense has been this season – throughout the first five games, the ‘Skins have allowed just 10 points in the fourth quarter.

And while quarterback Jason Campbell didn’t have his best statistical outing of the season, he’s still taking what defenses are giving him and making timely plays. In fact, Campbell has now thrown 153 passes without an interception this season. Dating back to last season, Campbell’s thrown 175 passes without a pick, which is a franchise record. And the most impressive number for Campbell and the offense this season is 4, as in four straight games have ended with the ‘Skins offense taking a knee as the clocks winds down and they pick up another win.

Oh, and if you’ve never seen the “Sweep The Leg” video, then do yourself a favor and check it out. Seriously, you’ll thank me.

2. “Anything Can Happen” by Wyclef Jean

While Portis finished the day with 29 carries for 145 yards and a touchdown, those numbers don’t tell the whole story. For starters, the Eagles came into the game with the NFL’s best defense against the run, allowing around 54 yards per game. And while the 145 yards represent Portis’ best outing of the 2008 season, it’s the last three he rushed for that mattered the most.

With the Redskins facing fourth-and-1 at the Eagles’ 38-yard line with less than three minutes to play, Portis somehow coaxed his rookie head coach into calling the play he had in mind. That play, a draw out of a shotgun formation, turned out to be a game-clincher, with the ‘Skins able to run the clock out after Portis picked up the three toughest yards he ran on Sunday.

And what did Zorn have to say about handing the game’s pivotal play over to his running back?

“If a rookie had said anything, I’d have told him to shut up,” Zorn told Peter King of Sports Illustrated. “But the call made sense. We ran it.”

Hall of Fame head coach Joe Gibbs used to joke that if Portis had his way he’d throw at least one pass a game, so obviously he’s biased when it comes to who should have the ball in their hands when the game is on the line. But give Zorn credit – he trusted his players and was rewarded. You better believe the locker room noticed and will be more than willing to go to war for their first-year coach from here on out.

3. “Nothing As It Seems” by Pearl Jam

Conventional wisdom, at least if you listen to the talking heads on the major networks, was that the Redskins had just one weapon in their passing game. While it’s flattering for folks to remember how truly talented wide out Santana Moss truly is, it’s also a slap in the face to a certain Pro Bowl tight end to forget exactly what he’s capable of. In an effort to remind the talking heads that he can still take over a game, Chris Cooley hauled in eight catches for 109 yards and his first touchdown of the year. The touchdown was courtesy of wide receiver Antwaan Randle El, who threw the highlight-worthy touchdown while on the run in an effort to make up for his three drops on the day.

Defensive end Andre Carter was absolutely dominating. He might be labeled as a pass rusher, a job which he does very well, but that doesn’t mean he’s not capable of shutting down the run from time to time. The Eagles had the ball on third-and-one from the two yard line in the fourth quarter with just over eight minutes to play. The drive had started on the Eagles’ nine yard line and 10 plays later they were knocking on the door ready to cut the score to 23-21. That is, until Carter, who led the ‘Skins defense with six tackles, slammed the door shut on the Eagles, stuffing Westbrook in the backfield for a three yard loss. The Eagles settled for a fieldgoal and never touched the ball again.

5. “Ace Of Spades” by Motorhead

See the photo at the top of the page? That’s my wife and Lemmy from Motorhead. Turns out he decided to join us on our trip to Las Vegas this weekend. Okay, so maybe we didn’t share bunk beds, but he was on our flight to Sin City, which turned out to be a good omen for our trip. The wife and I headed to Caesar’s and bet some money on the Redskins beating the Eagles. We didn’t even want the points. Just a straight up win, please. When the ‘Skins won, so did we. So thanks to Zorn and friends, we walked away with an extra $300 worth of beer money. Good times. Good times indeed.