note: more than a contender 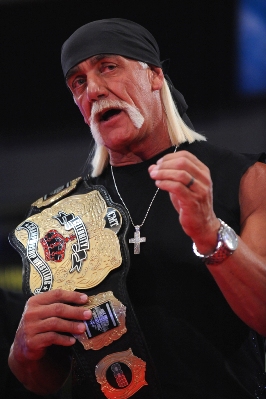 The New York Yankees said goodbye to hallowed Yankees Stadium by missing the playoffs for the first time in what seems like decades. The Tampa Bay [Don’t Call Me Devil] Rays are in the postseason for seemingly the first time ever. I’m not even allowed to mention the Chicago Cubs because one word and they might realize they haven’t collapsed yet.

In football, the mighty, mighty New England Patriots got waxed by the Miami Dolphins, who have been the league’s doormat the last two years, thanks to a gimmick offense that thoroughly confused the Pats and their supposedly genius head coach. Powerhouses like the Indianapolis Colts, the Jacksonville Jaguars, the Pittsburgh Steelers and the San Diego Chargers all look very flawed and beatable. Ohio and Missouri residents are on death watch after the St. Louis Rams, Kansas City Chiefs, Cincinnati Bengals and the Cleveland Browns are a combined 0-12.

So what do I want to focus my column on this week? A reality TV show, of course.

The premise is fairly simple – take famous people and attempt to turn them into professional wrestlers. If Ric Flair can wrestle at the age of 917, then surely whoever Hollywood picks off the boulevard can at least fill his shoes, right? I mean, everyone knows wrestling is fake and the matches are predetermined, so why even tune in?

Here’s why – while companies like World Wrestling Entertainment do, in fact, script whether Triple H gets to keep the belt when he goes up against John Cena at Wrestlemania, they still have to get in the ring and put on a show. Wrestlers might learn how to fall in a way to absorb the impact and minimize damage, but last time I checked falling on your head still hurts. Getting powerbombed through a table still leaves a mark. And just ask me brother what it feels like to get hit upside the head with a chair. Lord knows the poor bastard should have brain damage the way I used to torture him growing up.