can tashard choice make a difference? 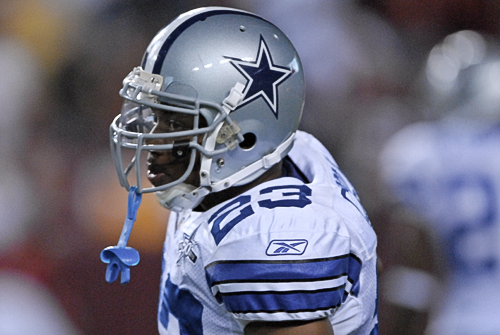 For all of the talk about the lack of production from Washington Redskins quarterbacks John Beck and Rex Grossman, the simple truth is Mike Shanahan made a name for himself by consistently delivering one of the NFL’s top running games for nearly two decades.

During his time in Denver, Shanahan was seemingly able to take any running back off of the street and turn him into a 1,000-yard rusher. Unfortunately, the same cannot be said about his time in Washington.

The Redskins have racked up 2,241 rushing yards in 25 games under Shanahan — which works out to roughly 89 yards per game and is fewer yards than five teams finished with in 2010 alone.

In fact, Shanahan’s Broncos rushed for more than 2,241 yards in a season eight times during his 14 years in Denver. So if you’re wondering why the Redskins offense has scored exactly one touchdown in the last 36 possessions, that’s probably a good place to start assigning the blame.

Tim Hightower was Washington’s best running back … right up until he suffered a season-ending injury against Carolina. Rookie Roy Helu has shown plenty of promise, but his coaching staff apparently lacks confidence in making him the feature back because he’s never had more than 10 attempts in a game.

And then there’s Ryan Torain.

While plenty of fans got fired up for his 19-carry, 135-yard performance against St. Louis, he’s been one of the least effective running backs in football since then.

Over the last five games, Torain has 31 carries for 53 yards (1.7 yards per carry). In related news, the Redskins offense has no identity, can’t sustain a drive for more than four or five plays at a time and hasn’t scored a first-half touchdown during this five-game losing streak.

At this point, the only acceptable reason I can come up with for why Shanahan continues to trot out Torain is that the 25-year-old must have blackmail photos of his head coach.

Why else would a two-time Super Bowl winning coach continue to try and utilize a running back who can’t … you know … run?

All of this leads up to an interesting transaction that the front office made back on Halloween, when the Redskins signed former Dallas Cowboys running back Tashard Choice.

Because I admittedly don’t know much about the Georgia Tech product, I sought out defensive tackle Stephen Bowen, who was teammates with Choice in Dallas.

“He has great vision and is a good all-around back,” Bowen said of Choice. “He can run the ball. He can catch the ball out of the backfield. He’s a good pass blocker. I mean, he’s pretty much everything you need. When he was in Dallas, he did it all.”

So what went wrong with the Cowboys? How is it that Choice became available for the Redskins to claim?

“He never really got enough touches,” he said. “They already had in their mind who they wanted, so even when he went out there and proved himself they still wouldn’t give him enough opportunities. Now, I’m so excited for him. He’s one of my best friends and I know he’s going to be ready to take on Dallas.”

At that point, I decided it was time to get to know the 26-year-old, so I tracked down Choice to see what his mindset is now that he’s playing for the other side of a heated rivalry.

What was your reaction when you found out you were going to be joining the Redskins?

“Thank God,” Choice said. “I just felt blessed to be going to a good organization. First of all, I wanted to thank them for bringing me in here and giving me an opportunity to play.”

For the fans who might not know much about you, how would you describe your style of play?

“I’m a ball player,” he said. “I’m about to come here and be a ball player. I’m going to make plays, give these fans something to cheer about and hopefully help this team get some more wins. I’m all about the team and working hard.”

Do you feel any ill will towards Dallas for letting you go?

“Nah, nah, nah … never,” Choice said. “It was a blessing in disguise and it helped me to get somewhere where I’ll have an opportunity. That’s why I’m here. Coach Shanahan brought me in, told me to get myself healthy and be ready to go.”

Stephen Bowen told me you did well with the limited chances you were given, but for whatever reason, the Cowboys never gave you their full support. That sound about right to you?

“Yeah, it’s tough when you’re limited,” he said. “I feel like I was limited for three years and now I’ve got this opportunity here, so I know I’ve got to show what I’ve got. I can’t worry about those days and there’s no more time for talking. I’ve just got to go on out and do it.”

How much is your heading spinning as you try to do a crash course on this offense?

“Not much. Not much,” Choice said. “I went to college for five years and them classes spun my head. Football is always the same; you’ve just got different terminology. If this means something to you and you’re willing to put the time in and study because it’s your job, then you’ll make sure you get it down.

“Once you understand the basics of it and know what you’re supposed to be doing, you start taking mental reps in practice,” he continued. “From there, you’re fine and you can go out and make plays. Runs are runs. I know how to run the football. It’s just learning the pass protection and stuff like that so you don’t have nobody hit the quarterback.

And as a running back, does it get you fired up to come to play for Mike Shanahan — knowing what he’s been able to do with so many other players at your position in the past?

“I can’t even tell you how excited I am going to be to take the field for this team,” Choice said. “It’s going to be a lot of fun.”

Any chance you’ve already got Nov. 20th circled on your calendar?

I can’t think of a better birthday present for Choice than to see him make a memorable debut for the Redskins against the Cowboys. There’s something poetic about making a grand entrance while also sticking it to the team who gave up on you.

Of course, there’s no guarantee that Choice will be the missing link in Washington’s anemic offense, but if he rushes for more than two yards per carry this Sunday he’ll already be ahead of the competition.