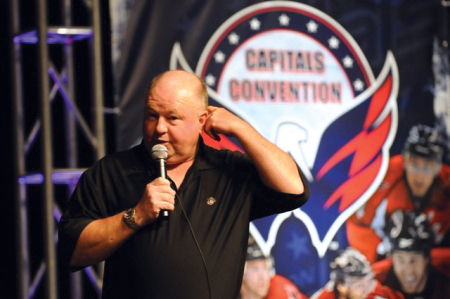 While it might have been simply unfathomable heading into the second round of the Stanley Cup playoffs, the Washington Capitals’ season has shockingly come to an abrupt halt.

After dispatching the New York Rangers in just five games and earning a week’s vacation while the rest of the Eastern Conference teams took turns beating each other into submission, the Caps failed to use the time off to their advantage.

So here we are – just four games later – suddenly trying to figure out what went wrong with the 2010-11 Capitals. More importantly though, it’s now time to figure out where does this team go from here.

Think back to when it all began. Think back to the 2003-04 season when Capitals owner Ted Leonsis and his general manager, George McPhee, took a good, hard look at their team and came to the gutsy decision to blow it up and start over.

By their own admission, Leonsis and McPhee saw a talented team that was good enough to make the playoffs each year, but was rarely a threat to do anything once the postseason began.

These gentlemen refused to accept mediocrity, so they traded away a bunch of veterans to stockpile young prospects and draft picks while bracing for a painful rebuilding process. Sure, there were countless bumps and bruises along the way, but the move paid off.

Thanks to the decision to embrace a full-fledged rebuild, the Caps were in a position to land a franchise cornerstone like Alex Ovechkin. And Nicklas Backstrom. And Alexander Semin. And Mike Green. And so on.

In November 2007, Bruce Boudreau was named the interim coach of the Caps. After winning one Calder Cup championship with Washington’s minor league affiliate, the Hershey Bears, in ’06 and making it back to the finals in ’07, Boudreau earned the same call-up as his top-shelf talent.

Under Boudreau, a suddenly-motivated Caps team that had started the season 6-14-1, finished the year 37-17-7 and made the playoffs for the first time in five seasons.

In 2008, Boudreau took home the Jack Adams Award, as the NHL’s top coach.

And then the Washington finished the regular season as the Eastern Conference’s top seed.

This year, the Capitals earned their fourth-consecutive division title. All of which adds up to a regular season record of 189-79-39 (good enough for a .679 winning percentage, which is tops among active coaches).

But that’s only half the story.

Once the regular season concludes and the postseason begins, the Caps – for reasons that remain unclear – transform into a completely different animal.

A team that always finds a way to battle back and claim victory during the regular season suddenly has no room for error come playoff time.

A fearless team of high-skilled players with “no quit” sadly transforms into a roster of perennial underachievers who cannot handle any adversity whatsoever in a seven-game series.

A coach who wins 68 percent of the regular-season games he shows up for is just 17-20 in hockey’s most important season. Regular season accolades are enjoyable, but at some point those need to translate to the postseason.

At some point, “hot goalies” and “lucky bounces” are no longer deemed satisfactory explanations for your team’s shortcomings.

Losing four years in a row to a lesser seed in the early stages of the playoffs ain’t cutting it.

Simply put – winning two series in four years with a team universally viewed as one of the most talent-laden rosters in the sport is simply unacceptable.

A wise man once said, “If you’re not getting better, you’re getting worse.”

So where do we go from here?

During the early stages of the rebuild, Leonsis often spoke of a five-year plan for the Capitals. Well, Boudreau’s Caps have had four seasons together now and I’m not sure even the most optimistic of fans can say with 100 percent sincerity that this team has what it takes to win a championship.

Does that mean Boudreau should go?

In years past, top-tier guys like Green and Semin have wilted under the pressure and vanished in the postseason. This year Backstrom joined the club.

Does that mean the roster is in need of a radical overhaul?

These are the decisions Leonsis and McPhee are facing in the coming days. And really, if you think about it, they’re almost back to square one.

They’re looking at a team good enough to make the playoffs year in and year out, but a team that ultimately isn’t a threat to do anything once the postseason begins. Sure, the prominent players are younger, but the basics remain the same.

So now the brain trust must determine which course of action to take next. Do they believe that the talent is there, but the locker room is no longer on the same page as the coach?

If so, then Boudreau will be the fall guy.

Do they believe that the right coach is in place, but some are either unwilling or unable to do what it takes to win in the playoffs?

If so, guys like Green and Semin could find themselves in different area codes this time next year.

Whatever happens next, you can rest assured the answer is not “keep things status quo.”

Four years of failure is enough of a sample size to know that this team – with this combination of players and coaches – cannot get it done.

Patience is, in fact, a virtue. But we’re past that point. That ship has sailed.

For better or for worse, wholesale changes are coming. The team you see on opening night next season will in all likelihood be drastically different than the one you saw take to the ice last night.

And while we’ve all grown fond of these particular players and coaches, it’s for the best. The window doesn’t remain open forever.

Even a superstar like Alex Ovechkin isn’t always going to be a 100-point player. Typically, if you’re lucky, you’ve got five good seasons to make something happen.

Time is running out on these Capitals. Leonsis knows it. McPhee knows it. And the sooner you accept it, the sooner we can all accept it and move on.

We all keep telling ourselves there’s always next year, but honestly, that’s not always going to be the case.

[Update: Ted Leonsis addresses this subject on his blog today.]