carter and the scoop and score 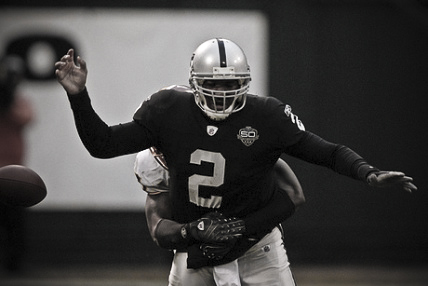 There’s a lot to like coming out of the Washington Redskins 34-13 domination of the Oakland Raiders this past weekend.

The offense continued to show progress across the board, with tight end Fred Davis and newly-promoted running back Quinton Ganther providing the bulk of the firepower.

The defense, led by a menacing pass rush, finally closed out an opponent after three weeks of failed fourth quarter efforts by sacking Raiders quarterbacks eight times on the day.

Special teams, minus one inept punt returner, stayed out of the way and did a more than adequate job – especially considering Graham Gano earned the kicking job one week prior.

And yet, with so many positives to choose from, we can’t help but turn our attention to something else. That’s because, for the life of us, we simply cannot get the image of defensive end Andre Carter attempting a scoop-and-score situation out of our head.

Carter is easily one of the most likable guys in the locker room. Regardless of whether the team wins or loses, he’s the first player to stand up and answer whatever questions the media has for him. While the fumble recovery for a touchdown got away from him, Carter still finished the game with seven tackles and two sacks.

For the season, Carter now has 11 sacks, which ties him with Orakpo for fourth in the league. He had a great game and has had a very solid season, and yet, we get the sneaking suspicion that, much like us, the only thought on his mind after Oakland is the scoop and score that got away. 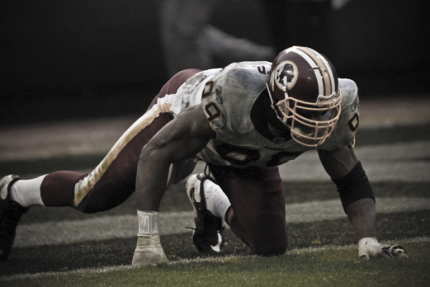 [Update: Today is a good day because we’ve been able to track down the “C’mon Man!” segment featuring Mr. Carter. Here’s the link. Skip ahead to the one-minute mark and enjoy the show.]