Coming into the season opener, continuity has become the norm with the Washington Redskins, which hasn’t really ever been the case since Daniel Snyder bought the franchise. While it’s been a jarring adjustment for some, the roster is no longer in a state of constant turnover, the coaching staff hasn’t been radically redone and the foundation of a respectable franchise are evident. In short, the Redskins don’t really resemble the punching bag the rest of the NFL lovin’ world has […]

As I drove out to Redskins Park to cover this year’s rookie camp, it dawned on me that this is my 12th season covering the burgundy and gold for ExtremeSkins. Had someone told me back in 2005 when I was first given this amazing access that I would last longer than any of the players on the roster that season, I would have called them crazy. And yet, here I am. Rookie camp is always a time for unabashed optimism. […] 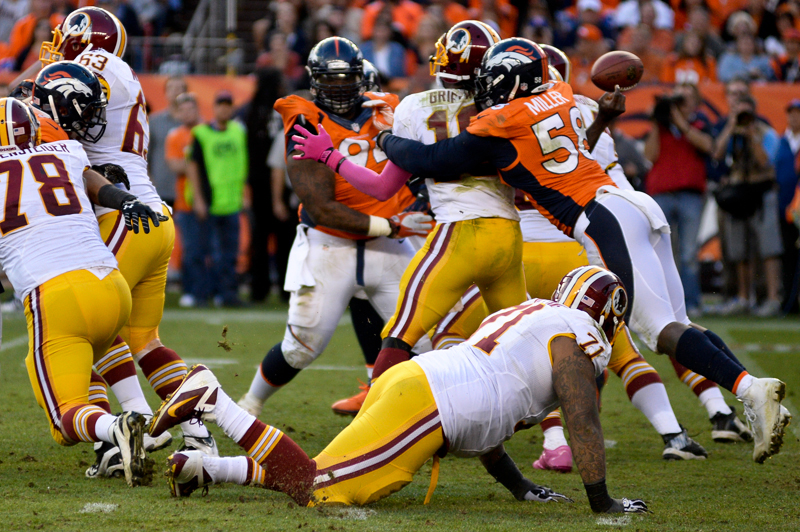 Long before he was named the Most Valuable Player in Super Bowl 50, Denver Broncos linebacker Von Miller showed the Washington Redskins just how talented he was. During the 2013 season, the Redskins jumped out to an early 21-7 lead at Denver during an October game. And then Miller and the Broncos defense decided enough is enough — creating five turnovers, including a sack fumble by Miller (pictured) that paved the way to 38 unanswered points in a 45-21 route […]

The Washington Redskins hosted a playoff game at FedEx Field for just the third time since the stadium opened in 1997. Unfortunately for the home team, this one played out similarly to the ’12 game against Seattle — with the Redskins jumping out to an early lead that they were unable to hold onto. Thankfully, no one appears to have suffered a horrible injury this time around. In the end though, the Green Bay Packers defeated the Redskins 35-18, Jan. 10. Here […] 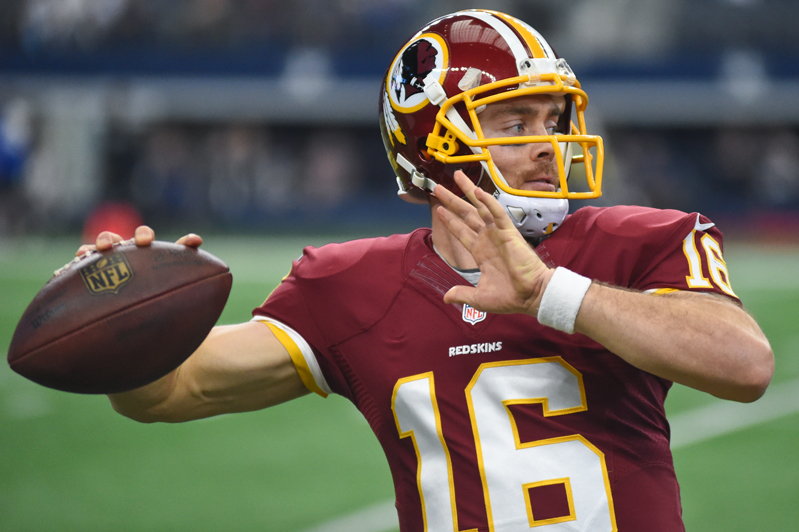 While the outcome of Sunday’s game wasn’t life or death for a Washington Redskins team that had already secured a trip to the playoffs, beating the Cowboys in Dallas is always enjoyable. Quarterback Kirk Cousins started the game, threw just enough passes to set a few franchise single-season records and then was removed from the game to ensure he stayed healthy for the postseason, which meant veteran backup Colt McCoy saw his first action of the 2015 season. Needless to […]

For the third time in four seasons, the Washington Redskins defeated the Dallas Cowboys at AT&T Stadium — this time with an easy 34-23 victory over the NFC East’s doormat, Jan. 3. Here is a selection of my favorite images I was able to capture from Jerry’s World. The full gallery of my Week 17 photos can be found here.

The Washington Redskins finally earned their first road victory of the 2015 season — defeating the Chicago Bears 24-21 at Soldier Field, Dec. 13. Here is a selection of my favorite images I was able to capture from the Windy City sidelines. The full gallery of my Week 14 photos can be found here.