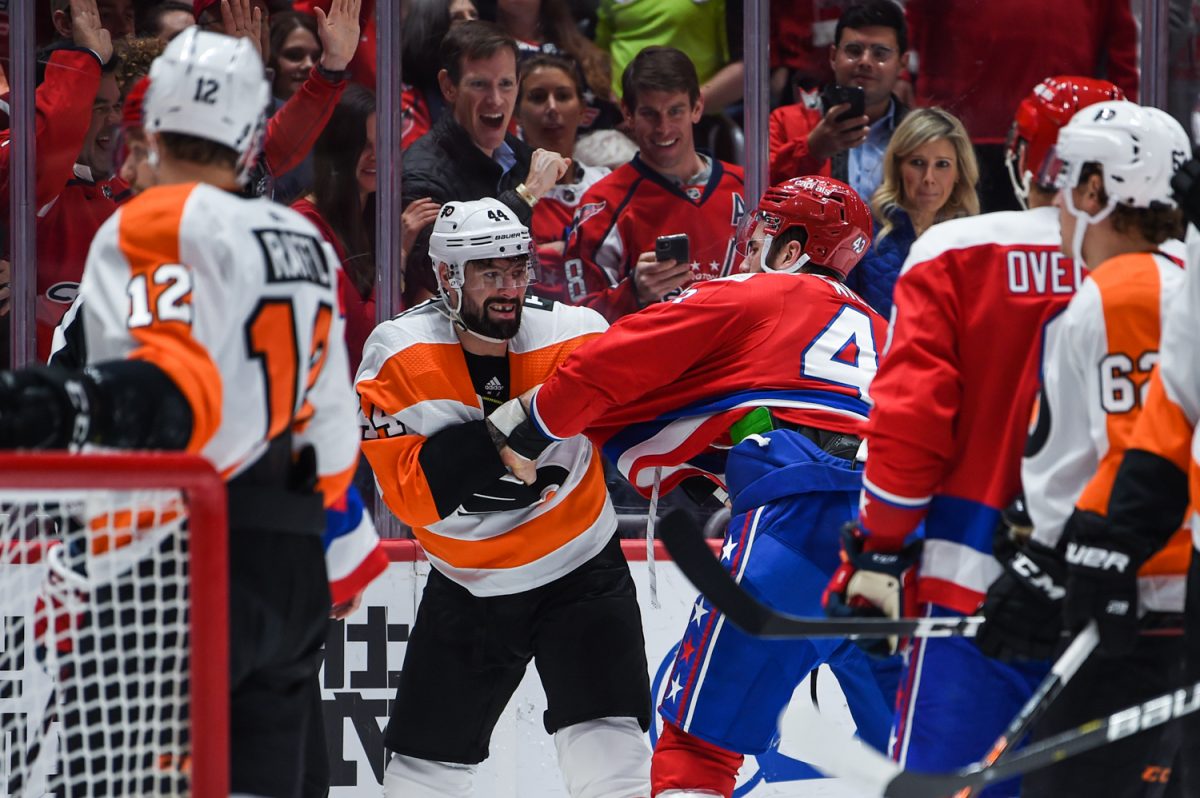 Philadelphia prides itself on toughness. So much so, they actually built a statue of fictional boxer Rocky Balboa. While the “City of Brotherly Love” is busy fawning over make-believe pugilists, Capitals forward Tom Wilson has made a name for himself as a real-life tough guy — kicking ass and taking names (and winning the Stanley Cup, for good measure) during his seven seasons in Washington. For reasons that will likely forever remain unclear, forward Nate Thompson and defenseman Robert Hagg […] 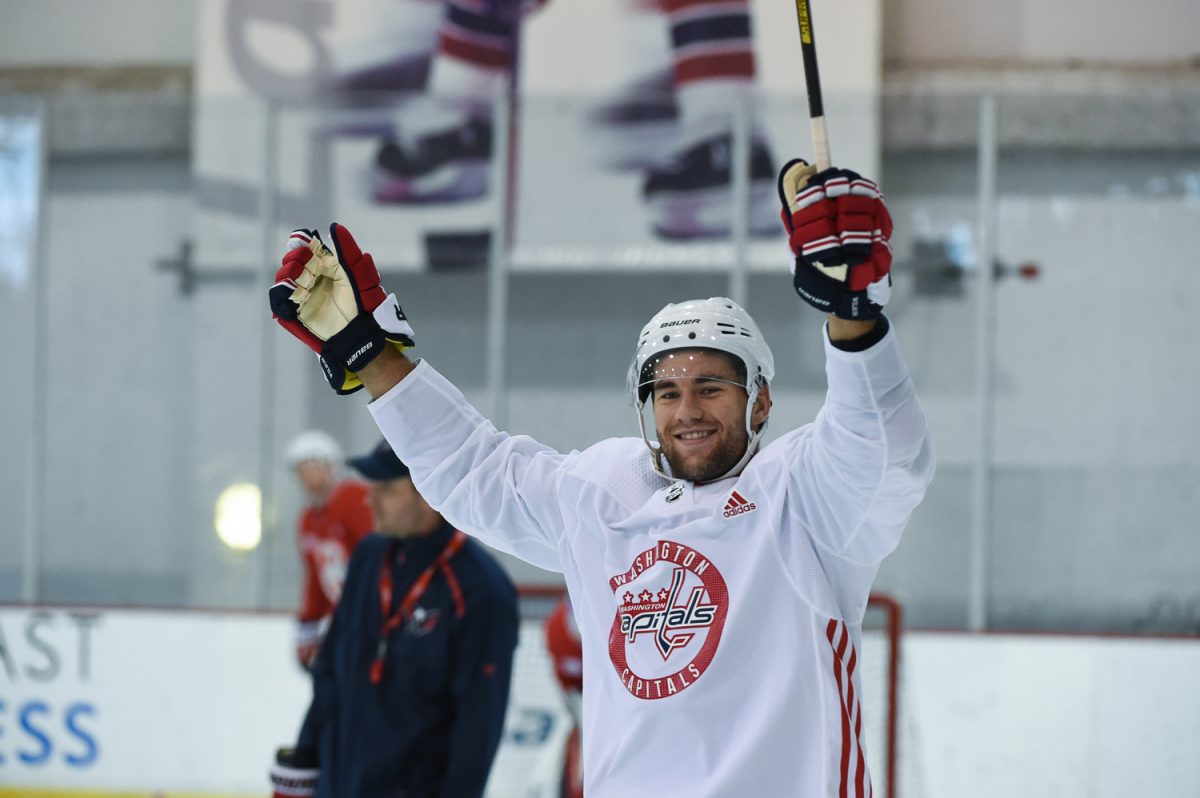 For 44 years, the Washington Capitals were consistently good enough to get their fans hopes up. As soon as those fans let their guard down, the team promptly self-destructed in the most soul-crushing way imaginable. Losing a quadruple-overtime playoff game—on Easter Sunday? Check. Being eliminated, time and time again by the Pittsburgh Penguins, their most hated rivals, rubbing ample amounts of salt in the wounds? Yep. Winning the President’s Trophy as the league’s best regular season team, just to blow […] 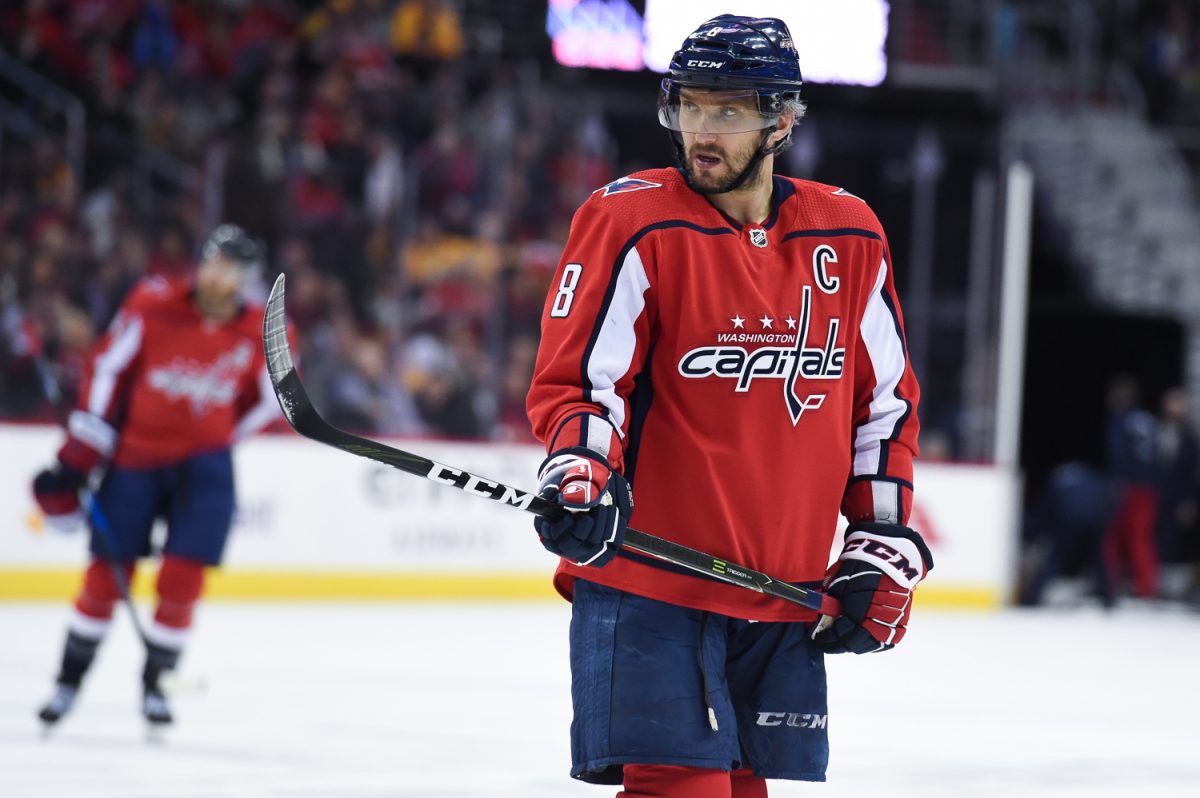 Say it once more with feeling—the Washington Capitals are the Stanley Cup champions. If it feels like the powers that be will have to pry the Stanley Cup from Alex Ovechkin’s cold, dead hands a year from now, that’s because most of us felt like this day would never come. While plenty of locals jumped on the bandwagon during the team’s magical postseason run, diehards know nothing has ever been guaranteed when it comes to this franchise. In order to […] 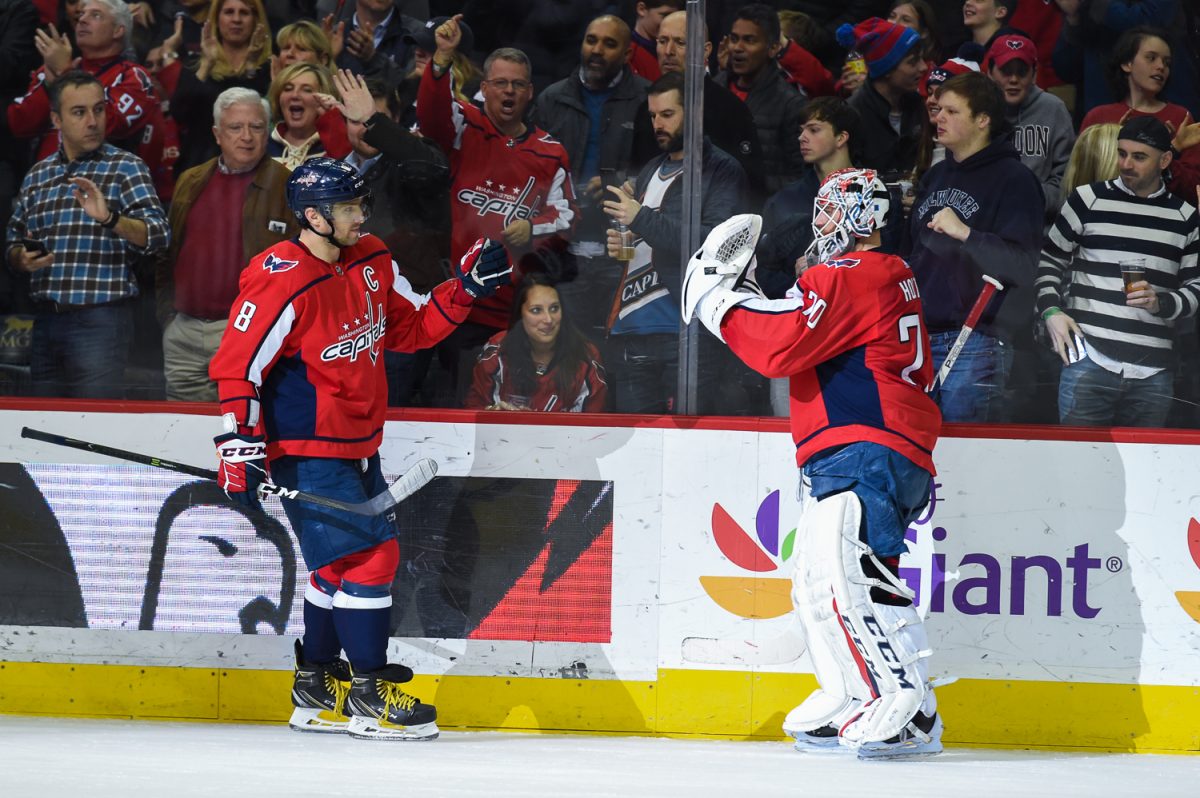 The main reason the Washington Capitals have always been my favorite sports franchise is that the vast majority of people reading this didn’t care about them when I was growing up. My father worked with a guy who had a second job at the old Caps Arena, and because the building was almost never full back in those days, Tommy would regularly call us up and say, “If you guys can get here before the puck drops in 45 minutes, […]

Holtby gets back on track in win over Islanders

Just 24 hours after thumping the Islanders 7-3 in Brooklyn, the two teams squared off again as the Washington Capitals hosted New York at Capital One Arena, March 16. Franchise goalie Braden Holtby, coming off a rare rough patch in which he was pulled from net in three of six outings, got the start and did not disappoint — stopping 22 of 25 shots he faced to earn his first victory, a 6-3 rout, in nearly two full weeks. While […]

This has been a pretty damn good week as far as Jason Chimera is concerned. Not only did he score the game-winning goal as the Washington Capitals defeated the Carolina Hurricanes 2-1 Monday night, but less than 24 hours later the 36-year-old veteran forward joined an illustrious group of D.C. athletes who have a beer named in their honor. Joe Theismann has the “Broken Leg Lager.” John Riggins has the “4th and 1 Pilsner.” And now Jason Chimera has “The Chimmer.” […]

The Washington Capitals, who are currently tied with Dallas for the most points in the NHL, conducted a morning practice session at Kettler Iceplex, Dec. 19. After completing a thrilling 5-3 come-from-behind victory over the Tampa Bay Lightning the previous night, one might think the Caps deserved the morning off. Barry Trotz clearly disagreed. Here is a selection of my favorite images I was able to capture of the hottest team in hockey. The full gallery of my photos can […]