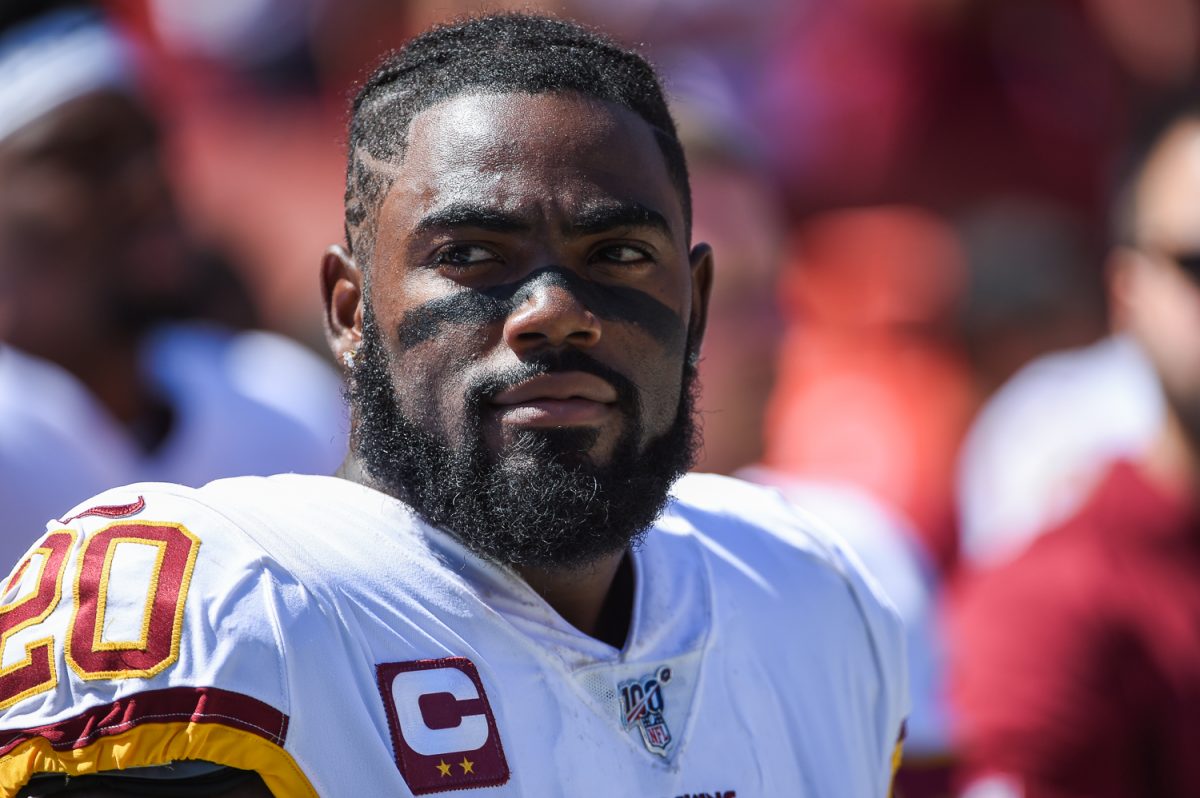 It’s nearly impossible to win games when your defense can’t play defense. During the season opener, the Washington Redskins pressured Philadelphia Eagles quarterback Carson Wentz on just 11 of his 41 drop-backs. And when Wentz did face pressure, it wasn’t effective. Wentz calmly completed 9 of 10 passes for 141 yards and two touchdowns in those situations, taking just one sack. In Week 2, Washington’s defense pressured Dallas Cowboys quarterback Dak Prescott a mere six time out of 33 drop-backs. […] 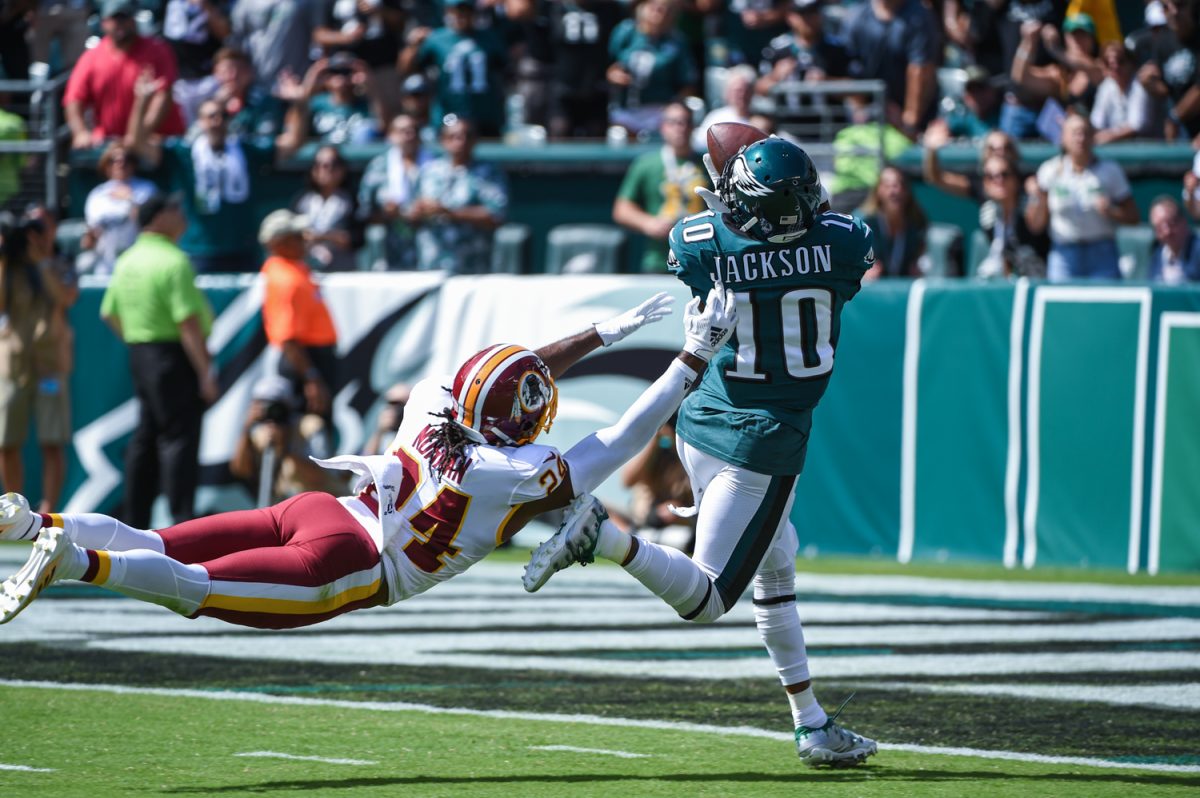 NFL schedule makers did the Washington Redskins a huge favor, assigning them a measuring stick matchup to kick off the 2019 season. That’s because there’s zero pressure taking on the Philadelphia Eagles, the presumptive favorite in the NFC East, in their hostile stadium when no one outside of Redskins Park gave them much of a chance to avoid embarrassment. And while most of the football-loving world expected a blowout, Washington refused to follow conventional wisdom. Instead, the Redskins’ offense, which […] 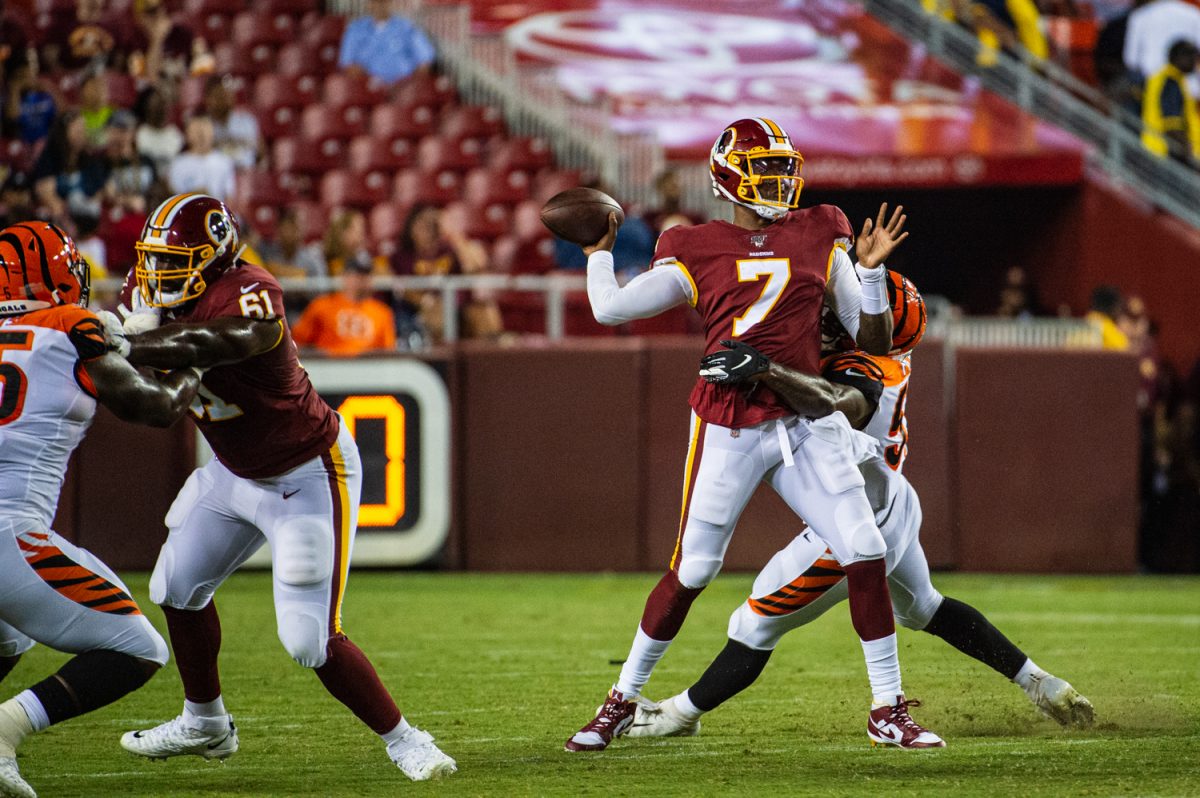 The Washington Redskins dropped their preseason homer opener to the Cincinnati Bengals, 23-13. That said, roughly 10 minutes after the game ended, the vast majority of the football-loving world forgot everything about this irrelevant practice game. One play that ‘Skins fans won’t purge from memory though was the first touchdown pass by Redskins rookie quarterback Dwayne Haskins Jr., who staved off a defender long enough to launch a beautiful pass deep downfield to receiver Robert Davis for a 55-yard touchdown […] 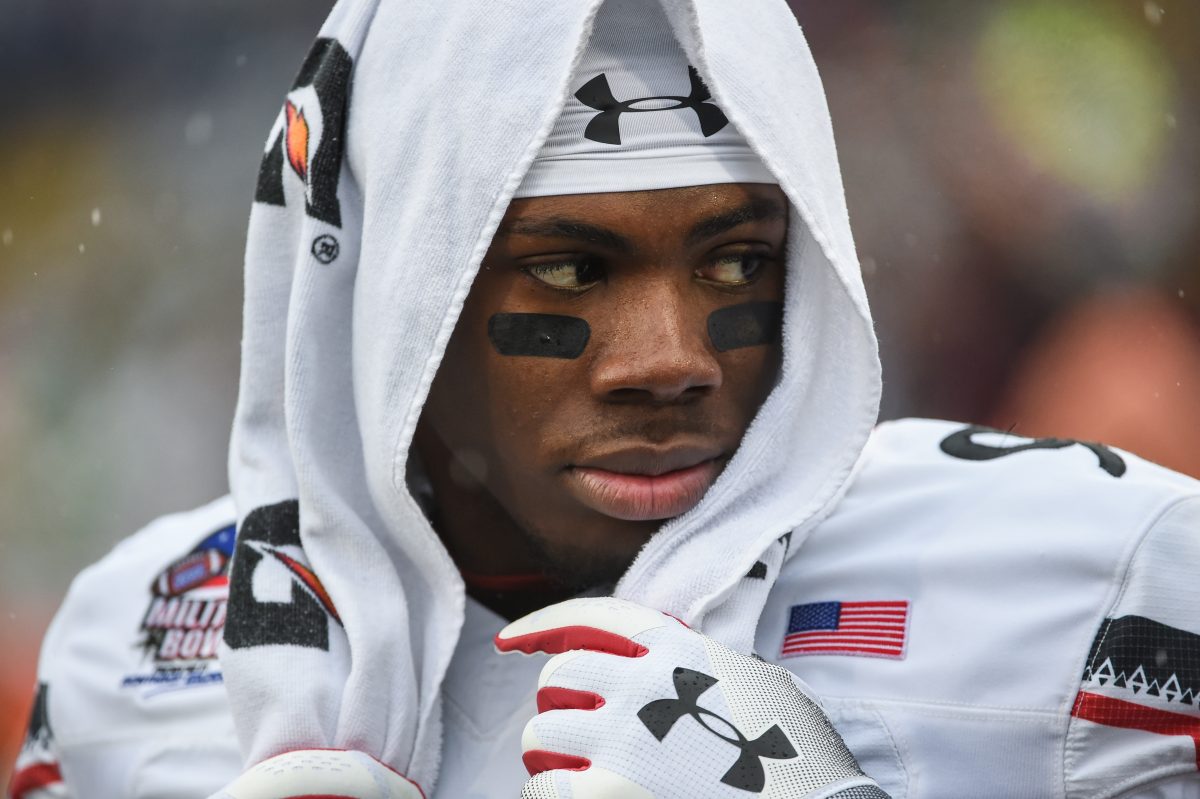 Let’s be honest — the Virginia Tech Hokies shouldn’t have been allowed to play in a bowl game this year. Not when they needed an overtime victory over Virginia and a win over Marshall, who magically appeared on their schedule just two weeks earlier. That said, Hokies fans weren’t exactly going to protest when Virginia Tech was invited to a 26th consecutive bowl game, which is how I found myself patrolling the sidelines of the 2018 Military Bowl. But much […] 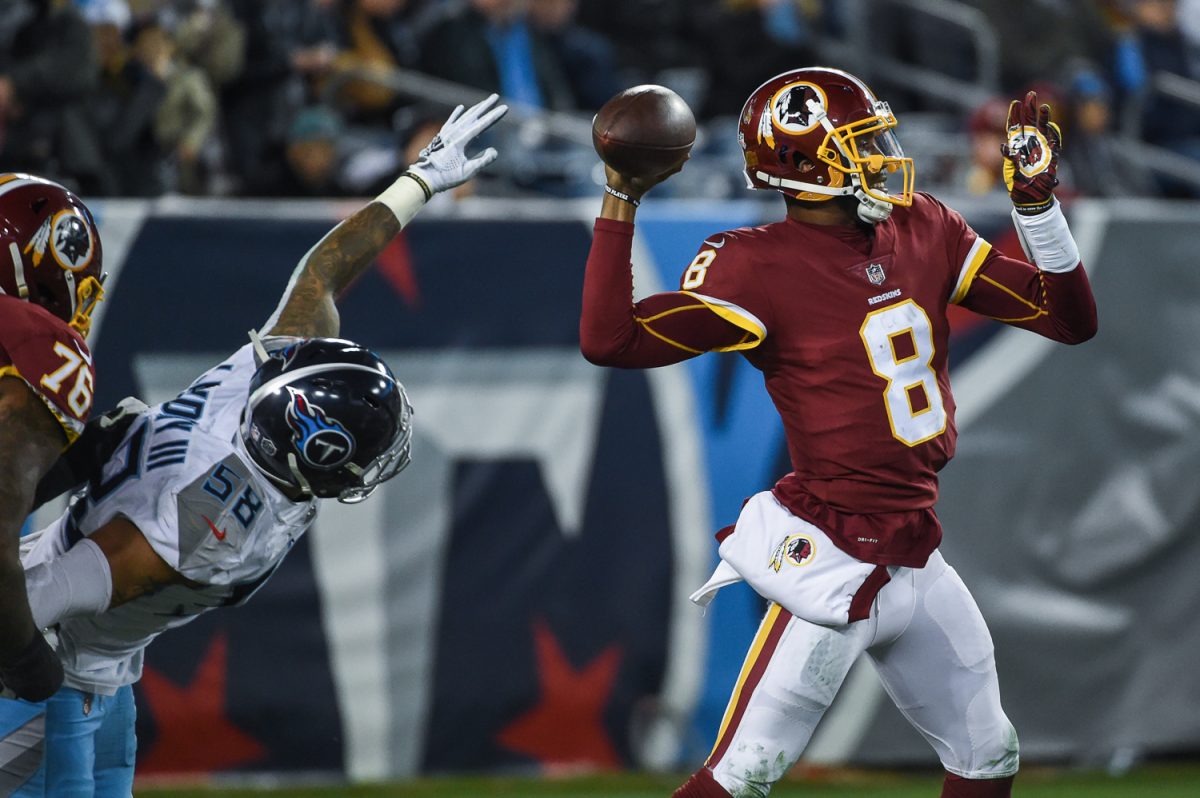 The Washington Redskins were hoping for a holiday miracle as they traveled to Nashville three days before Christmas. That’s because, after losing four out of five games, the Redskins needed to win and — and get help from others ahead of them in the standings — just to back into a playoff berth. And while no one likes to see opposing players get injured, Washington had to feel encouraged after knocking Titans quarterback Marcus Mariota out of the game. But […] 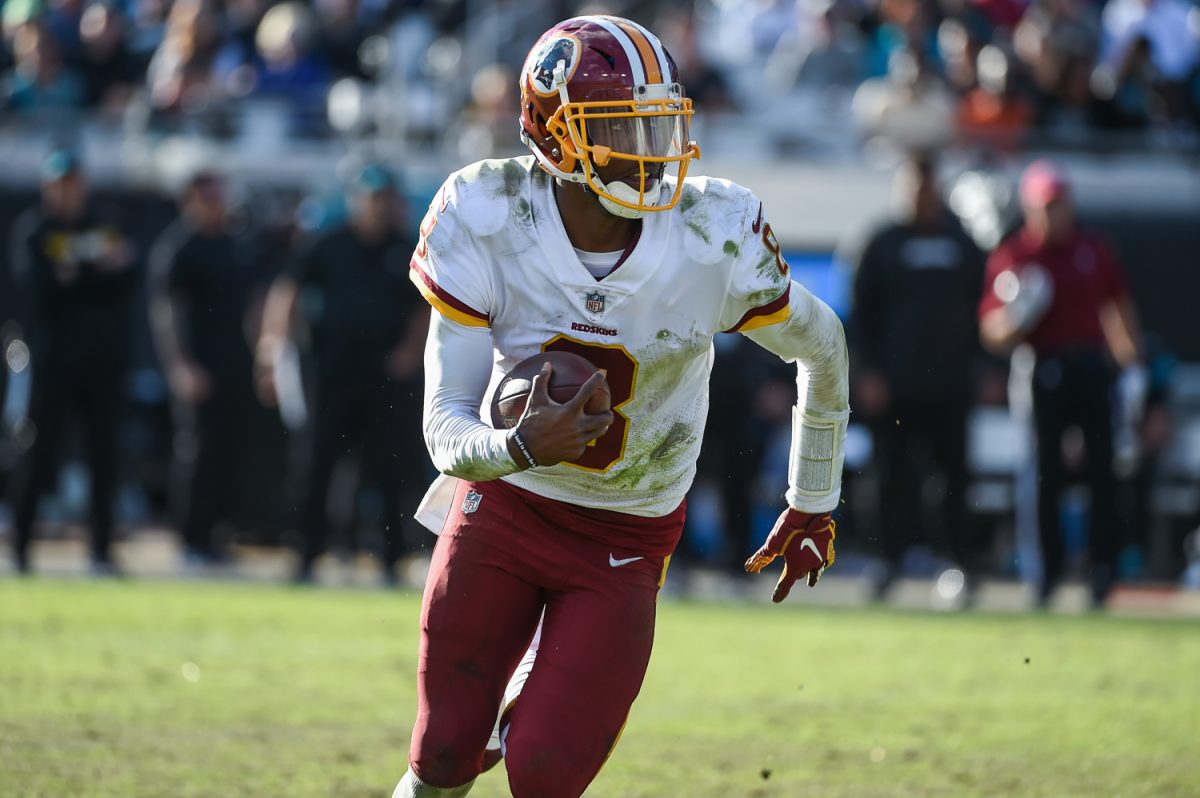 Imagine, if you will, sitting down with a giant bowl of popcorn to watch the latest Hollywood hit. This sports drama takes place in our nation’s capital, where a downtrodden franchise finds itself quickly sinking to the depths of irrelevance once again after losing not one, but two separate quarterbacks to a broken leg. No team can withstand losing their top-two options at the sport’s most vital position, and an already bleak situation turns even more dire when the last […] 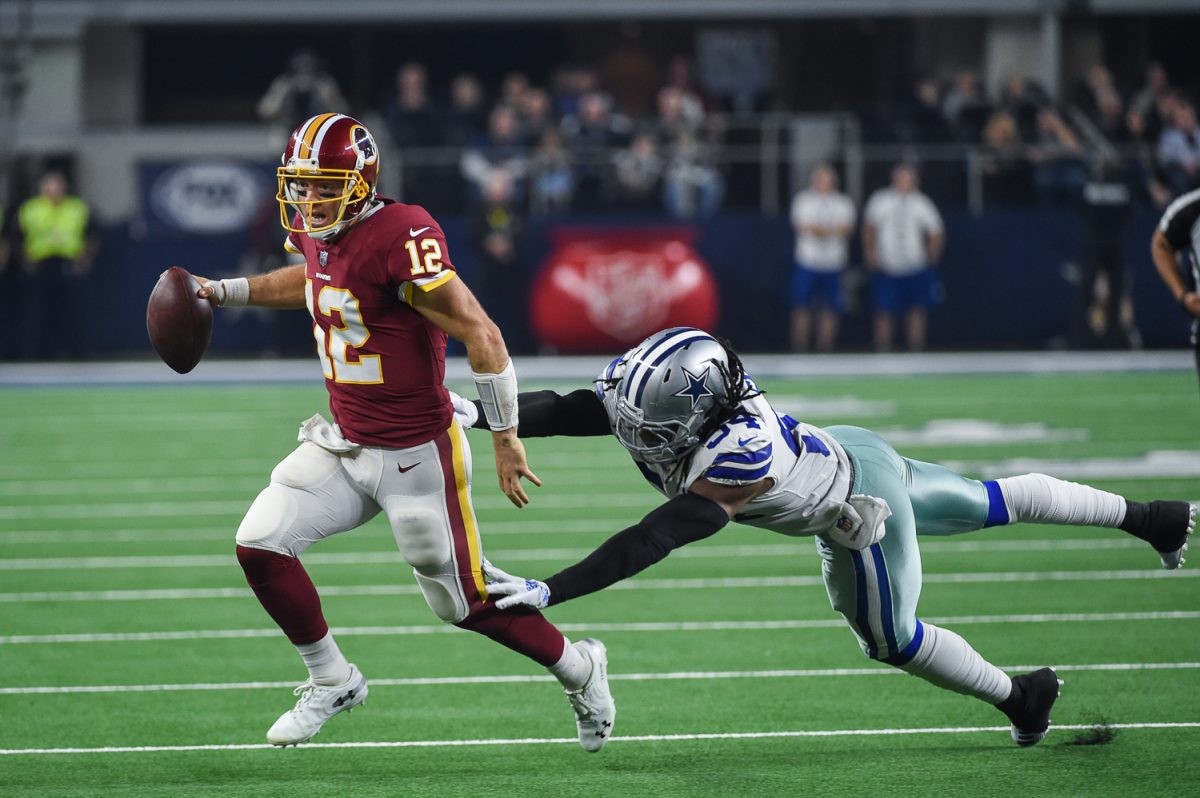 This November, Redskins have little to give thanks for.

For decades, the Washington Redskins and Dallas Cowboys have represented one of the best rivalries in all of sports. And while neither franchise is anywhere close to rekindling the glory days, the NFL’s schedule makers can’t help but feel nostalgic when it comes to these two teams because, more and more frequently, they find themselves pitted against one another in primetime games. With that in mind, I once again ditched my loved one and traveled to Jerry’s World to cover […]