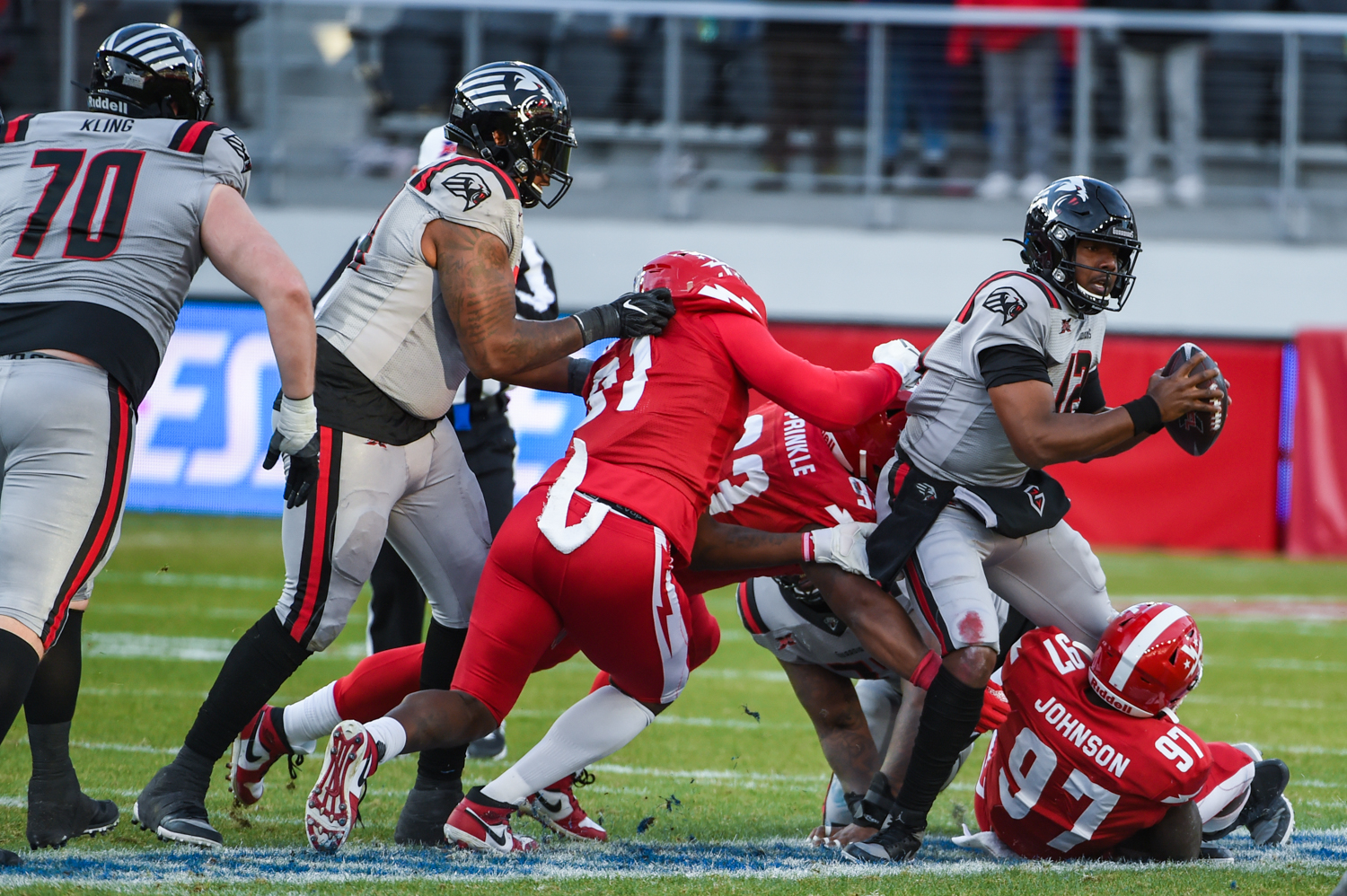 Because everything went about as well as possible for the D.C. Defenders in their season opening victory over the Seattle Dragons, it would be reasonable to expect a bit of a letdown in their follow-up act.

If the Defenders were good in their first game of the season, they were great in their second act — systematically destroying the New York Guardians, 27-0, to record their first shutout in XFL history.

New York was held to a paltry 137 total net yards on the day, as a swarming Defenders defense led the way with three sacks, two interceptions and a touchdown for the second-straight week.

On the other side of the ball, quarterback Cardale Jones threw for 264 yards with two touchdowns, one interception and a 90.4 quarterback rating. The Defenders, along with the Houston Roughnecks, remain perfect on the season as the now hit the road for consecutive games in Los Angeles and Tampa Bay.