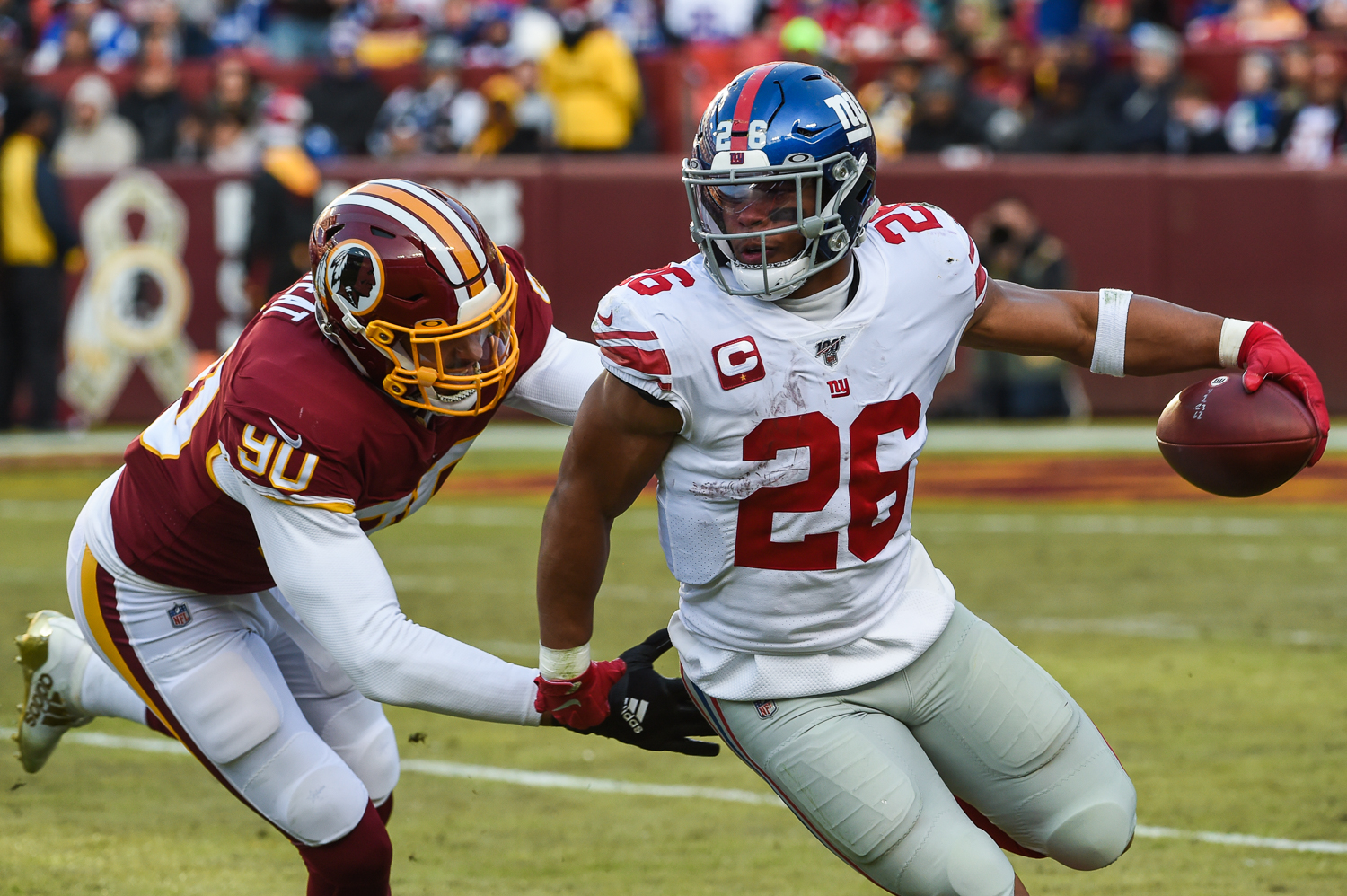 The Washington Redskins and New York Giants came into their Week 16 game with a combined six wins and 22 losses, so it’s safe to say both franchises are simply playing out the schedule and hoping to move on from a disappointing 2019 as quickly as possible.

While neither team was in any danger of qualifying for the postseason, there were huge ramifications attached to this contest — with the loser placing themselves in chief position to secure the second overall pick in the 2020 NFL Draft.

That’s why Redskins fans were more than okay with watching the home team put together an entertaining effort, but ultimately falling short in a 41-35 overtime loss to the Giants.

Rookie Dwayne Haskins continued his strong play — completing 12 of 15 passes for 133 yards and two touchdowns before he was forced out of the game due to a high-ankle sprain. His season is likely over, but the Ohio State product has shown more than enough promise down the stretch, giving the locals reasons to feel hopeful that he can be the long term answer at the game’s most important position.

And if the Redskins fall to the Cowboys in Dallas next week, then Washington will likely have the opportunity to select another highly-touted Buckeye — pass rushing phenom Chase Young — in a few short months.