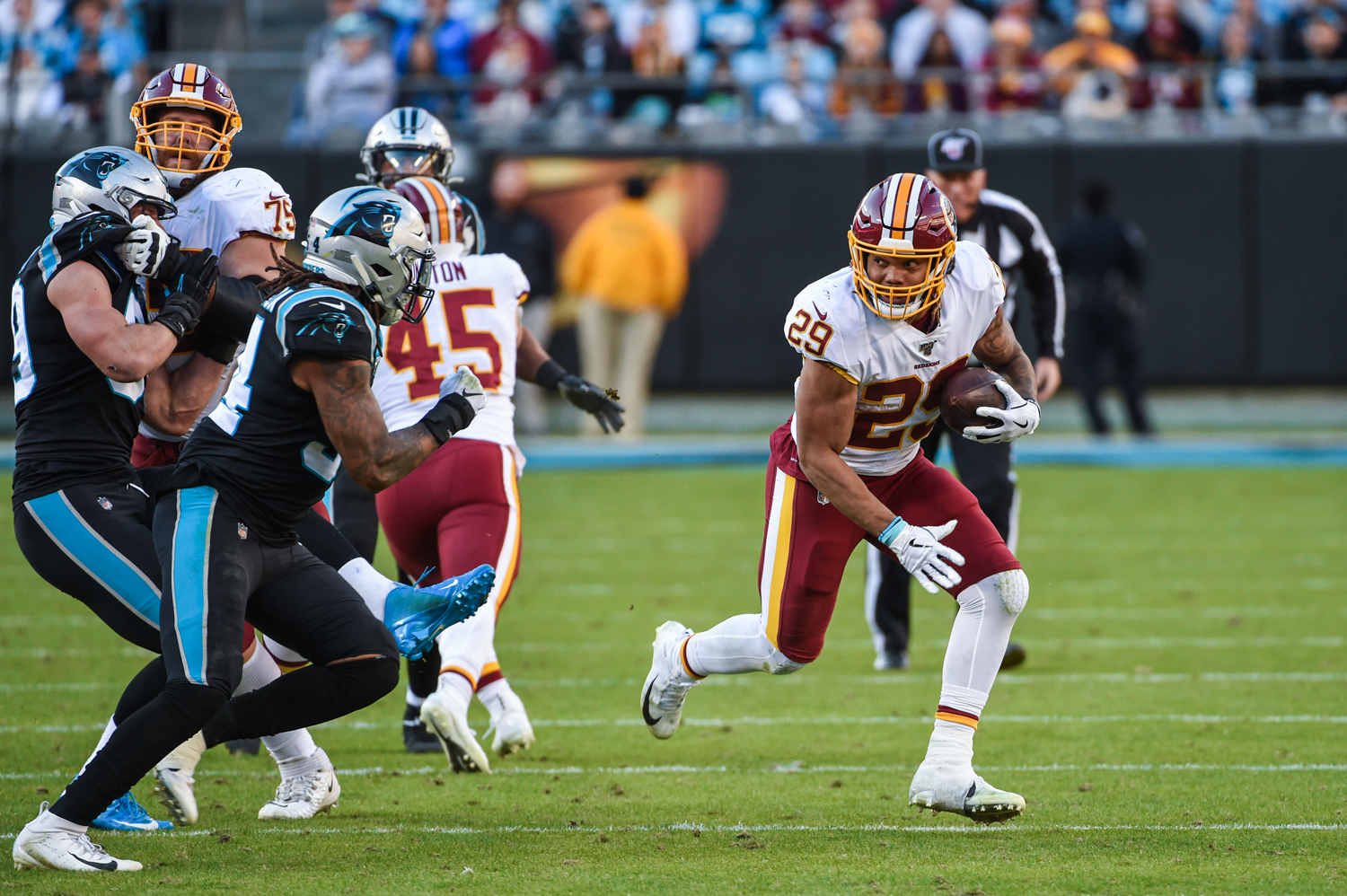 The Washington Redskins, who seemingly went months without scoring an offensive touchdown earlier this season, scored 29 straight points en route to an impressive victory over the Carolina Panthers.

And yet, all anyone wants to talk about is the fact that Redskins running back Derrius Guice killed a man, just to watch him bleed. Metaphorically, of course.

The LSU standout only carried the ball 10 times on Sunday, but he absolutely made the most of them — rushing for 129 yards and touchdowns. But the 37-yarder Guice broke off in the fourth quarter, which featured the annihilation of Panthers linebacker Shaq Thompson, was easily the highlight of the game for the burgundy and gold.

As an added bonus, even though the Redskins won and improved to 3-9 on the season, they inexplicably improved their projected pick in the 2020 NFL Draft — moving up from fourth to third after Miami and Atlanta also emerged victorious this weekend.