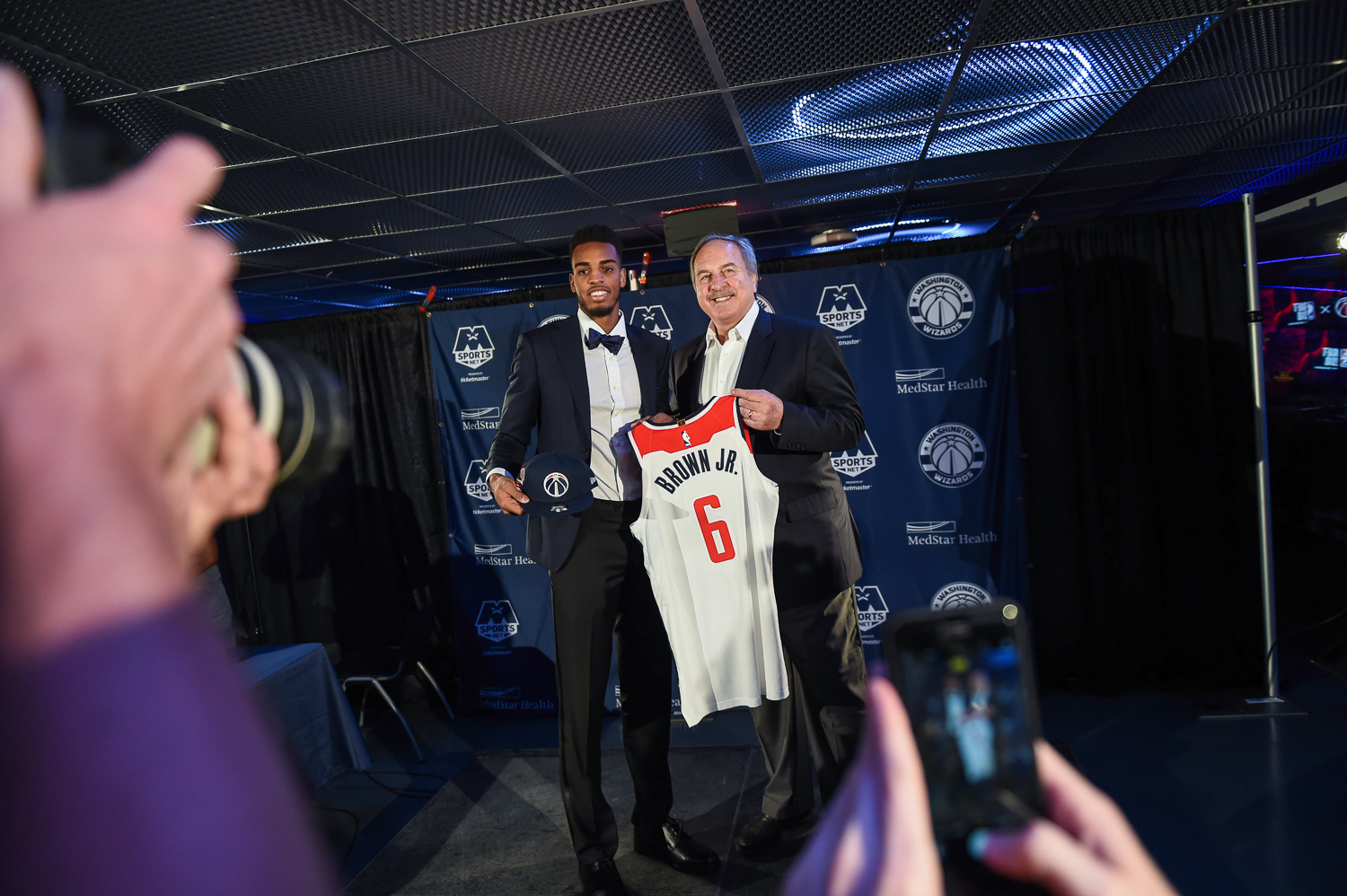 For the first time in more than a quarter century, a professional sports franchise in one of the big four leagues located in Washington, D.C. brought home a championship.

While a team needs an abundance of luck to accomplish such a remarkable feat, there’s more to it than that. Closing your eyes, crossing your fingers, and praying that some sort of divine intervention bails you out at the 11th hour doesn’t really constitute much of a plan. Unless, of course, if you’re the general manager of the Washington Wizards.

Fortunately for Wizards president Ernie Grunfeld, most D.C. sports fans are still swimming victory laps in fountains and therefore missed his latest attempt to set the D.C. basketball franchise back another few years.

But before diving into this year’s NBA Draft, let’s pause for a minute and go back to the days immediately following Washington’s postseason elimination at the hands of the Toronto Raptors. During his end-of-season exit interview, point guard and face of the franchise John Wall decided to lay all of his cards on the table and spell out exactly what he felt needed to change in order for his team to compete with the league’s best teams.

“I think it’s pretty obvious,” Wall said. “I don’t need to point it out. I think the way the league is going, you need athletic bigs, you need scoring off the bench, you need all of those types of things. We don’t really have an athletic big. I mean, Ian [Mahinmi] is older. March [Marcin Gortat] is older. They’re not athletic guys, but they do the little things that permit their game to help as much as possible.”

While Wall, and anyone else who has watched the Wizards play basketball the last few seasons, might think it’s obvious that Washington remains at a disadvantage until they catch up to today’s game, the one person in a position to fix this flawed franchise’s foundation has given fans little reason to believe he’s capable of accomplishing that mission.

Rather than stepping back and viewing the situation with a critical eye, Grunfeld seems much more content to blame injuries, bad luck, or the boogeyman for the Wizards’ continued shortcomings.

“If you look at the overall picture of where we are, I think we’re in pretty healthy shape as far as our core is concerned,” Grunfeld said during the introductory press conference for first-round draft pick Troy Brown Jr. “Of course, we need some improvement from everybody but we have a solid, veteran team of young players that have been through it already. These are experienced young players that still have room for growth, but they’ve accomplished some things.

“They’ve been to the second round,” he continued. “They’ve been through wars. Last year, losing to Toronto—Otto [Porter Jr.] didn’t play in Game 6 and he played hurt the previous couple games, trying to do whatever he could and we had leads in the fourth quarter in three out of our four losses. A shot doesn’t go in and that’s basketball. But overall, the way it ended was disappointing for all of us because we expected more. And I think our players are going to use that as motivation and work hard this summer and come back again and give it another shot and see what we can do.”