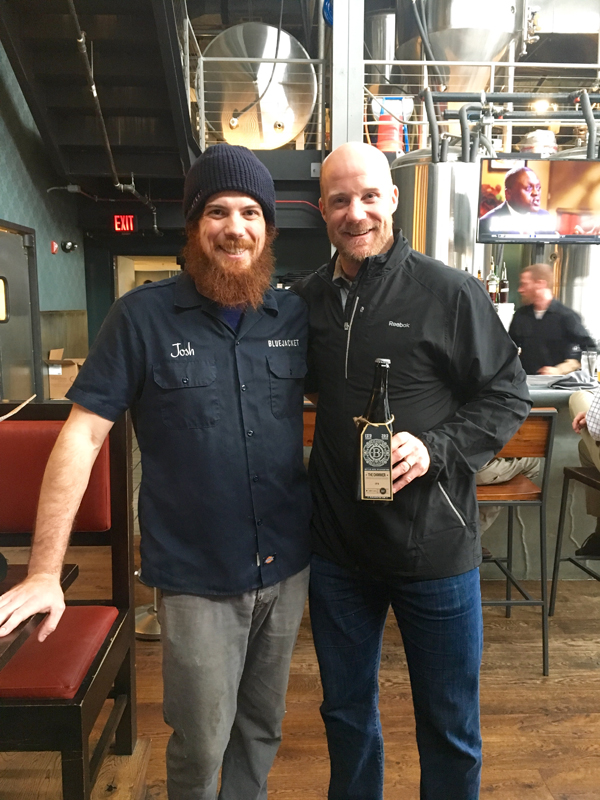 This has been a pretty damn good week as far as Jason Chimera is concerned. Not only did he score the game-winning goal as the Washington Capitals defeated the Carolina Hurricanes 2-1 Monday night, but less than 24 hours later the 36-year-old veteran forward joined an illustrious group of D.C. athletes who have a beer named in their honor.

Joe Theismann has the “Broken Leg Lager.” John Riggins has the “4th and 1 Pilsner.” And now Jason Chimera has “The Chimmer.”

How did this come about? Glad you asked.

Our story starts last month, when the Capitals held their fifth-annual Caps Casino Night. The event, which gives fans a chance to spend some time with Caps players and coaches in a relaxed environment, was a huge success — raising more than $300,000 for the Monumental Sports and Entertainment Foundation.

More than 400 fans attended this year’s event, which featured blackjack, craps, roulette, Texas hold ’em and slots, as well as a silent auction. With apologies to the fans who graciously donated their hard-earned money for the privilege of bowling with the team’s Russian contingency or the cooking lesson with T.J. Oshie and Karl Alzner, the absolute best item available in the auction was clear cut:

Now, I fully admit that hockey and beer are two of my favorite items on this planet, but how awesome does that sound? Considering it raised a whopping $10,200, I’d say the Caps Craft Beer Experience was a wise choice.

Turns out, the idea came from Chimera, who is a bit of a craft beer fan and who has been known to enjoy a tasty IPA from time to time. I don’t want to divulge too many of the details of the Caps Craft Beer Experience — after all — what happens in the brewery stays in the brewery. But suffice to say, Chimera and his teammates enjoyed their first time at Bluejacket on Dec. 1, and the folks who make the best beer in our nation’s capital were equally as pleased with the experience.

So much so, that just three weeks later, they’re rolling out a brand-new brew named after the 16-year veteran from Edmonton, Alberta, Canada.

“During the tour we provided that night, they were able to sample several beers — including an IPA that was just finishing the fermentation process,” said Josh Chapman, Bluejacket’s head brewer. “Afterwards, the guys were talking about their favorite beers they had tried throughout the night and Chimera said he really enjoyed the IPA. It didn’t have a name yet and when Chimera, who had set the whole thing up, said he was big fan of that beer, it just made sense to name it in his honor.”

As for the newly-created beer, according to information provided by Bluejacket, “The Chimmer” is a complex, fruit-forward and well-rounded IPA brewed and dry hopped with Azacca and the falconer’s flight hop blend. Punchy cantaloupe and sweet berry aromatics flow into soft resin and pine on the palate. Named for our friend and fellow beer geek Jason Chimera of the Washington Capitals. 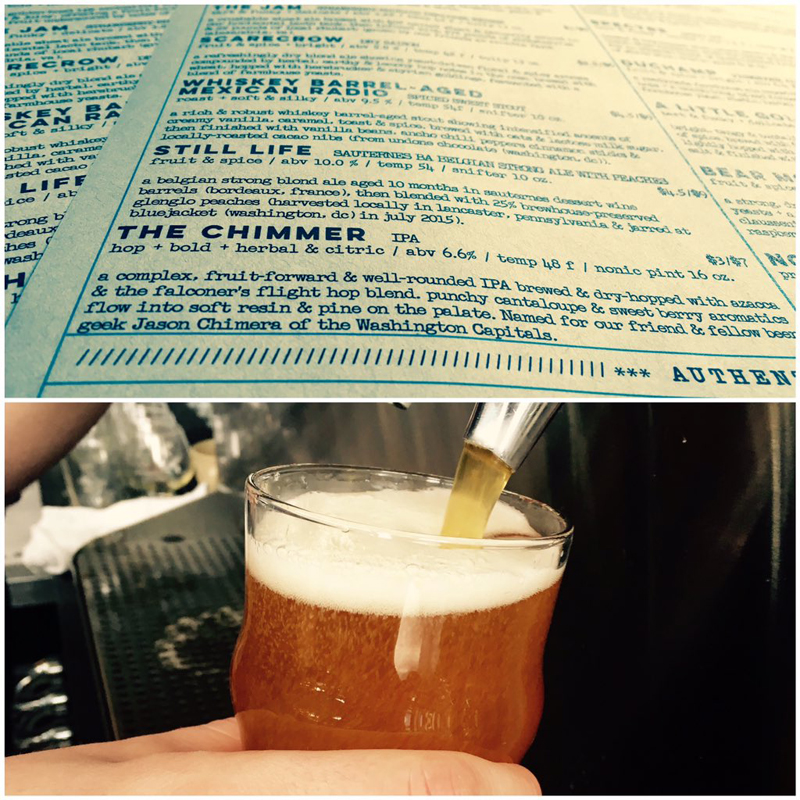 If you’re wondering why Chimera and not, say, one of his more heralded teammates, well, it probably has something to do with quotes like this from Alexander Ovechkin’s interview in the Russian edition of Esquire:

“Beer is the same everywhere. After three glasses, you can’t understand if it was good or bad.”

Look, I love Ovechkin as much as anyone, but that’s not exactly a stance that’ll win over very many hearts and souls in the craft beer world. And if that’s not reason enough, Chimera did spend five seasons with the Columbus Blue Jackets. So really, Chimera and Bluejacket were clearly meant to be together.

So if you’re a D.C. sports fan looking for a friendly place to take in a Caps game, you might want to consider Bluejacket, located near Navy Yard. The two-year-old brewery has good food, great service and, most importantly, 2o or so different beers on tap. Plus, if you’re really lucky, you just might run into Chimera as he’s picking up his next stash of “The Chimmer.”